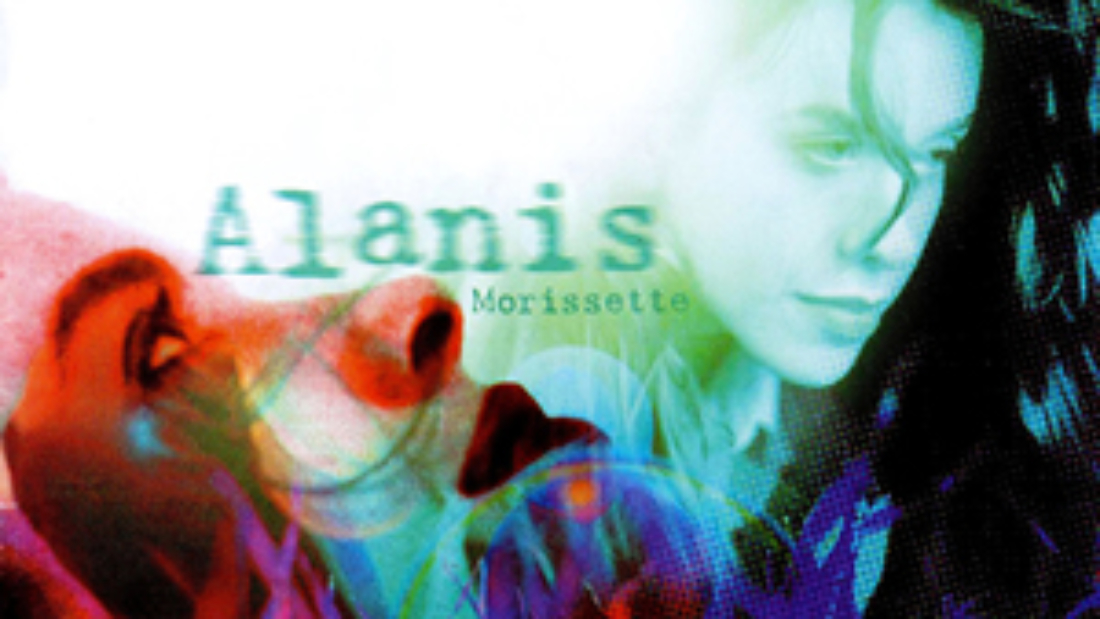 Jagged Little Pill is one of the most indelible albums to emerge from the decade of the 1990s. This third overall studio release by Canadian Alanis Morissette was her international breakthrough and had great success in scores of countries around the globe. Co-written by producer Glen Ballard, the soul baring lyrics and grunge-influenced rock songs on this album were a radical departure from those on Morissette’s initial pair of dance/pop oriented albums which were recorded while she was still in her mid-teens.

The debut album Alanis and follow-up Now Is the Time, released in 1991 and 1992 respectively, were each minor successes within Canada. After graduating from high school, Morissette moved from her hometown of Ottawa to Toronto in order to work with more accomplished songwriters for a third album release. However, she had little success there and, at the suggestion of her publisher, she moved on to Los Angeles to meet with Ballard. The two had a strong musical connection and instantly began experimenting and composing new songs.

Starting in 1994, Ballard and Morissette worked on extensive demo recording sessions at Ballard’s home studio in the San Fernando Valley which often lasted up to sixteen hours. The tracks were deliberating constructed with minimal overdubbing in order to capture the raw emotion of the original tracks. Even after the production moved on to a proper recording studio, Morisette’s original demo vocals from the original sessions were retained to maintain that original feel, with polished commercial appeal relegated to a secondary role. In fact, the team expected only moderate success from this album, initially hoping to sell enough copies for Morissette to make a proper pop/rock follow-up.

The album’s opening track meanders in with harmonica and funky guitar before the signature beat kicks in for the song proper of “All I Really Want”. The verses are delivered in a vocal style halfway between talking and singing (but not quite rapping), while the chorus section contains odd but entertaining harmonies. “You Oughta Know” was the song which sparked the eventual popular inferno of Jagged Little Pill and it features some rapid vocal style changes which build the intensity until the climatic choruses. Lyrically, this track is a scathing, slightly profane indictment of a former love interest, with the vocal delivery being just as important as the words. “You Oughta Know” also features smooth bass throughout by guest Flea, who performed on the track along with his Red Hot Chili Peppers band mate Dave Navarro on guitar.

Moving on, “Perfect” starts as an acoustic ballad in seventies-singer-songwriter mode but elevates with a good mixture of guitars, bass, and natural drums as the song kicks in, while the lyrics address the pressures of high expectations on children. “Hand in My Pocket” works as an anthemic dissertation on conflicting emotions and pivot points in young adulthood as portrayed by a series of paired contradictions. It is musically pleasant with subtle but strong rock guitars, bouncy bass, dry but punctual drum programming, a slight harmonica lead and an intensifying organ through later stages of song.

“Right Through You” starts as strummed acoustic but quickly morphs to a richer rock arrangement, while the music is pleasant throughout. This is followed by the four songs which make up the climatic heart of the album. “Forgiven” may be the true forgotten classic from this album, featuring multiple sections with nice sonic dynamics and vocal inflections, an overall good arrangement with rock instrumentation and great rock drumming throughout by Matt Laug. “You Learn” may be the most pop accessible track on Jagged Little Pill as well as the quasi-title track and philosophical heart of the album. Musically, it features a smooth rock/jazz arrangement by Ballard while lyrically the song speaks of the important life lessons.

“Head Over Feet” is a complete break from the prevailing cynicism as a pleasant love song with sweet lyrics and a direct, repetitive hook. The song also features a slight, Dylan-esque harmonica lead by Morissette. Jangly guitars accompany the opening vocals, soon accompanied by waltz-like bass by Lance Morrison and shuffling drums by Laug. The lyrics seem to address a young woman who has fallen into an emotional slump;

Starting as pleasant, quiet acoustic ballad but exploding into a melodic rock screed during the choruses, “Ironic” was an extremely popular song and video. The song reached the Top 10 in several national charts and is Morissette’s highest charting song to date in the United States, where it topped out at #4. As the album winds down, it does repeat over well-tread grounds lyrically, vocally, and musically, especially on “Not the Doctor” and with “Wake Up” just slightly better than previous track due to its smooth musical approach. A hidden track deemed “Your House” is fascinating as an outtake of beautifully haunting a-capella vocals, which is actually an apt way to close in the spirit of this album.

As of 2016, Jagged Little Pill has gone on to sell over 33 million copies worldwide along with winning a total of 5 Grammy Awards. Following its initial success, Morissette launched an 18-month worldwide tour before taking a long break from music, which may have halted her chances of repeating its massive success.