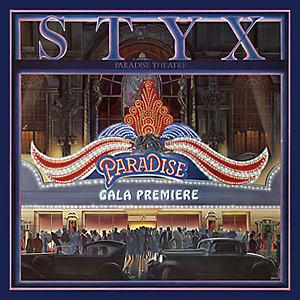 At a time when the “concept album” had all but gone out of fashion, Styx released Paradise Theatre, an album that loosely couples a fairly interesting concept with some strategically placed (albeit unrelated) pop and rock songs.

The concept itself is one of rapid decay and lament to a past Golden Age symbolized by an actual theater on Chicago’s west side built on the eve of the Great Depression and dead by the mid 50’s. Brought forward to the turbulent economic times around 1980, this concept worked well. But concept itself is not enough, in the end it is all about the music.

Although the album is a little less than the band’s best output – The Grand Illusion, four years earlier – the music did tap into a popular confluence between the band’s long-time, loyal listeners and a new crop of pop-rock fans that were suddenly starting to pay attention to durable bands from the 1970s such as Rush, Pink Floyd, Supertramp, and Styx.

Shaw’s best contribution is the hit “Too Much Time On My Hands”, which is about as good as a pop single got for that era. It contains a nice mix of synth effects, a classic guitar solo, crisp and catchy lyrics, and well-delivered vocals. Besides some great axe work, Shaw also adds the top-end harmonies that distinguishes the Styx sound.

JY’s efforts were back-to-back tracks on the album’s second side. “Snowblind” is an anti-drug song with a lugubrious feel throughout. In spite of it’s noble message for society on the surface, it was targeted by Tipper Gore’s PMRC and other anti-rock groups for allegedly backwards masking Satanic messages. The band was truly offended by these charges and would mock them on their next album, Kilroy Was Here, with genuine backwards messaging.

“Half Penny, Two Penny” may be the best rock song on the album. A mini-suite in of itself, it builds to a crescendo with some excellent lead guitar and just the right touch of piano and saxophone (by guest Steve Eisen) in the coda where repeatedly JY screams; 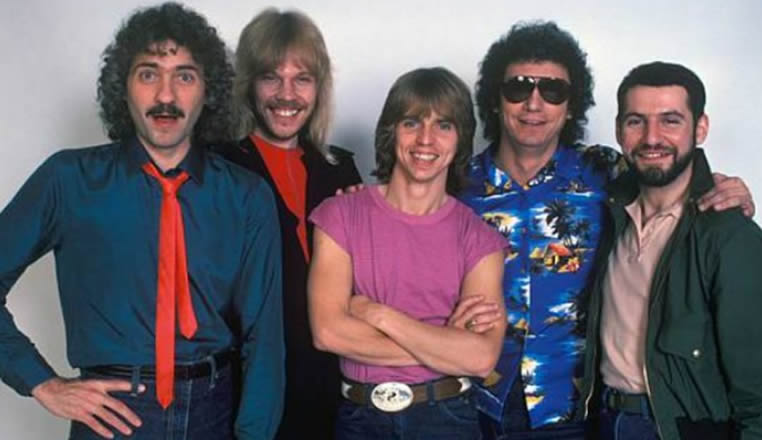 But the concept itself and all the songs that surround it, truly belongs to DeYoung. “The Best of Times” provides not only the top hit on the album, but the recurring theme with the opener “A.D. 1928” and the closer “A.D. 1958”. Many longtime fans (and apparently some band members themselves) lamented the heavy introduction of ballads by Denis DeYoung, starting with the soft-rock hit “Babe” on the previous album, Cornerstone. But this is a case where the ballad is supreme (and not so much sappy) with strong influence from each of the members of Styx and the obvious endorsement of fans at large.

However, some of the other “theme” songs really tend to straddle the line between legitimate rock opera and some high school theater production. This is especially true for “Rockin’ the Paradise” and “Nothing Ever Goes As Planned”, both popular songs on the album, each of which can either be interpreted as entertaining or over-the-top on any given day. For this reason, Paradise Theatre never really rises to the level of excellence of the best rock operas, such as The Who’s Quadrophenia, although it is still an interesting and enjoyable listen.

A nice touch was added to top off the album, a classy, “song after the last song” in the same fashion as “Her Majesty” off Abbey Road by The Beatles. The half-minute long saloon-piano piece called “State Street Sadie”, adds just a touch of nostalgia right out of the 1920s that brings home the overall theme of Paradise Theatre.