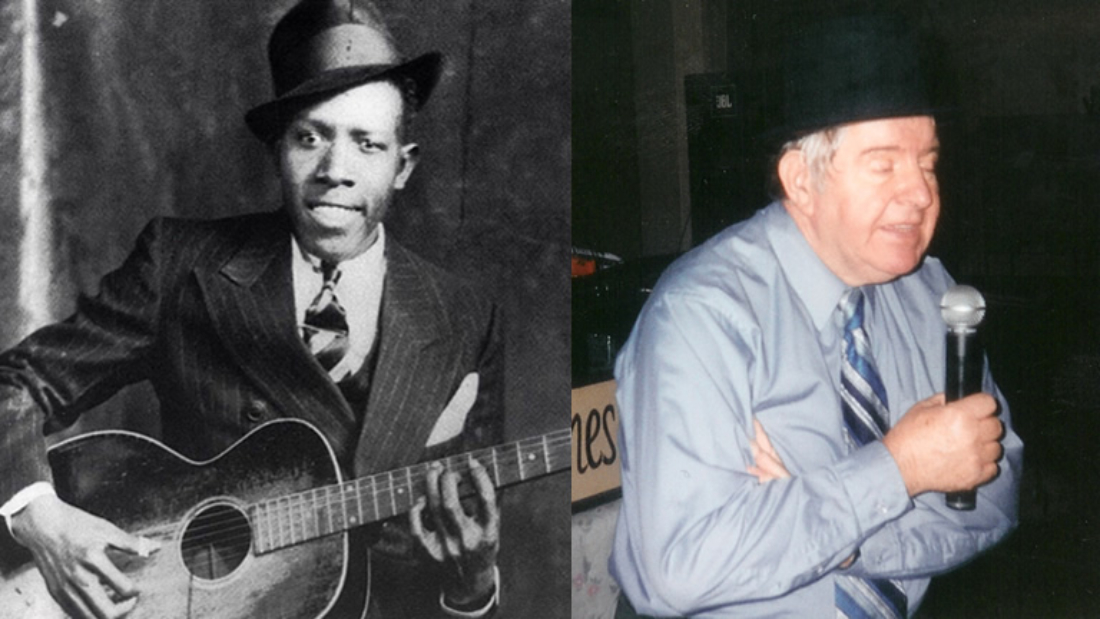 The second of two known photos of Robert Johnson