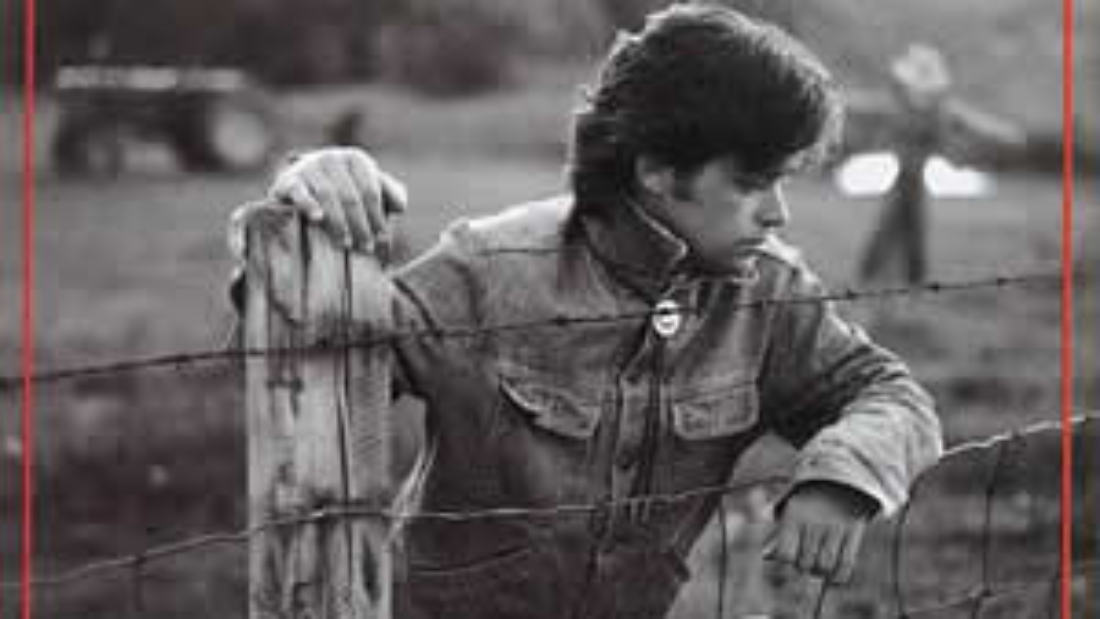 The Lonesome Jubilee is the ninth album by singer-songwriter John Mellencamp, who released many genres of music dating back to his days as “Johnny Cougar” in the mid 1970s. On this album, Mellencamp made a concerted effort to include rootsy, Americana instrumentation to complement the folk/rock style he had perfected through the 1980s. Unlike any previous album by Mellencamp, The Lonesome Jubilee was planned out in advance and was originally slated to be a double album. However, Mellancamp decided about half the songs he’d written didn’t fit the overall concept so they were shelved and the album was cut back to a single record.

Following his previous album, Scarecrow in 1985 which mainly celebrated roots rock, Mellencamp and his band went on an extensive tour which helped them jive well as a band. With this new album, they a very distinct vision of what they wanted it to sound like from the beginning, with much expansion musically and the addition of fiddle, accordions, richer background vocals, banjos, and more acoustic arrangements in the tradition of folk and country.

The album was also the first to be recorded at Mellencamp’s Indiana recording studio named Belmont Mall, built in 1984. It was co-produced by Don Gehman. Recording took about a “school year”, starting in September 1986 and finishing up in June 1987.

This album was one of Mellencamp’s most commercially successful worldwide, charting in ten countries. This was due to two top ten and one top twenty charting songs, starting with the opener “Paper In Fire”, an intense yet catchy song with good lyrical analogies and plenty of teaser riffs from the instrumentation being used on the album. This is followed by “Down and Out in Paradise”, a basic folk-like bitch fest from the perspective of the down-trodden above a decent rock arrangement.

“Check It Out” is the best song on the album with a unique chorus structure and features John Cascella on accordion, front and center with strong rhythm backing throughout, especially by drummer Kenny Aronoff. “The Real Life” may be the closest song on the album to the early eighties folk/rock which brought Mellencamp to stardom in the first place, especially on his 1982 breakthrough American Fool.

Fiddle player Lisa Germano shines on the album’s biggest hit “Cherry Bomb” on which she also provides vocals. Germano would become a permanent part of Mellencamp’s band until the mid 1990s. The song itself follows a nostalgic trip back into the past in the “my how times have changed” strain.

The second side starts with the dark acoustic “We Are the People”, which gives a nod to the tradition of Woody Guthrie, lead by the unique blend of chords of Mike Wanchic and banjo finger-picking by Tony Myers. “Empty Hands” was co-written by George Michael Green, a childhood friend of Mellencamp’s who collaborated with him throughout his career. “Hard Times For an Honest Man” is loosely dedicate to John’s Uncle Joe, who died of cancer around the time of the album. The album’s closer “Rooty Toot Toot” is an upbeat alt-country song that became a minor charting hit.

The Lonesome Jubilee may be Mellencamp’s strongest album, song for song and solidified his signature sound of Midwestern folk in the rock n roll era. Although he continued to have commercial success for many subsequent years, this 1987 album marked the peak of Mellencamp’s career. American Fool may mark the midway point of the artist’s evolution from the stage name “Johnny Cougar” back to his given name John Mellencamp. The differing names (of which there are four distinct) mirrored the change in musical style and image from the slick, glam-like pop star of the 1970s to the earthy, folk singer of the 1980s. This album straddles the line between the two, with a slight edge to the former as it tends to get quite formulaic as it progresses. In 1974, when Mellencamp was struggling to break through in the music industry, his manager suggested that his given name was too hard to market and concocted “Johnny Cougar” for the artist. The name used on American Fool, his sixth overall, was simply “John Cougar” the last of three to use this name.

Although his previous album, 1980’s Nothin’ Matters and What If It Did yielded two Top 40 singles, Mellencamp hated that album, dismissed its material as “stupid little pop songs”, and derided its outlandish cost of production of about a quarter of a million dollars. So it was clear that he wanted to move in a different direction with this album, and he accomplished much with a more authentic sound throughout. Still, American Fool is an uneven album with the bulk of the good (and popular) material on its first side and much repetitive filler on the second.

Also, there are, unfortunately, a bunch of interesting performances on this album that have gone un-credited. A record of who performed on the keyboards, accordion, harmonica, and who were female background singers, have been hard to discover. These are apparently session performances, but they all enhanced the album above the very basic core sound of the five credited musicians.

The album opens with “Hurts So Good”, co-written by George S. Green, a childhood friend of Mellencamp’s who would go on to collaborate on some of his most recognizable songs. This song is as pure a rocker as you can get. Its sonic boundaries combines a Lynard-Skynard-like-70s guitar riff with the most modern 80s drum sound (a potent formula) and it follows the common rock arrangement of Intro/Verse/Chorus/Verse/Chorus/Bridge/Chorus/Outtro. “Hurts So Good” would be Mellencamp’s biggest hit to date, reaching #2 on the Billboard charts.

A couple of other songs on the first side stick to this same basic formula, including the pleasant and melodic “Hand to Hold on To” and “Danger List”, a song composed by Mellencamp and guitarist Larry Crane. This latter song contains some harmonized guitars over an acoustic intro, returning to simple riff intermediately throughout the verse and chorus. It is reserved and quiet through most of its duration but gets louder and more rock-oriented as it approaches the end. According to Mellencamp, he recorded about 30 different improvised verses for the original demo and weeded out the ones he didn’t like for the final cut.

As much as “Hurts So Good” and the rest of the first side stick to convention, “Jack & Diane” is completely original in arrangement, using all kinds of instrumentation. “Hand claps” were added to the sparse, main electric riff to help keep time with the intention of removing them on the final cut, but it was just too empty without them so this distinct sound was kept in the mix. The acoustic verses and choruses are accompanied at different times by nice little flourishes of piano, organ, bass, and percussive effects. The song was recorded at Criteria Studios in Miami and Mellancamp gave the credit for the arrangement to the legendary Mick Ronson, who salvaged the song after Mellencamp had thrown it on the “junk heap”.

The second side of the album is much less rewarding with the bulk of the material being lesser songs that strictly follow the same formula as the hits on the first side. Ironically, the strongest moment on this side is the closing song “Weakest Moments”, a moody ballad with nice lyrical motifs. The song is acoustic throughout and also contains an interesting flute-like organ lead, an accordion, and a female backing chorus. Cougar’s vocals are a bit exaggerated in their melancholy, but otherwise this a fine tune to close the album.

With the commercial success of American Fool under his belt, Mellencamp had enough clout to add his real surname, going as “John Cougar Mellencamp” on his next album, 1983’s Uh-Huh. Eventually, the evolution would be complete and this artist would simply become John Mellencamp.