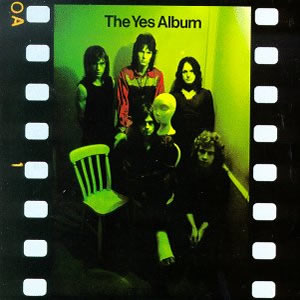 There are certain albums that have undoubtedly broken through to establish new rules of rock n’ roll and are, therefore immortally classics. Then there are some albums that seem to have missed a great opportunity to become such a classic. The Yes Album by Yes, seems to straddle the line between these two possibilities as it falls just a few feet shy of being a top level rock n’ roll classic. Nonetheless, this is truly a great rock album.

When listening to this album, there are certain awe-inspiring moments where you can’t help but marvel at the sure technical talent of this band. To a lesser extent, there are the moments of over-indulgence and repetition that give The Yes Album a certain “not quite completed” vibe that leaves the slight, regrettable aftertaste of “could-have-been”.

This duality is immediate right up front with the opener “Yours Is No Disgrace”. This is a song that very well may have been considered one of the best ever, if it would have only been arranged better and finished. The simple riff that rips the song into being, grabs you right up front, with a shot of rock adrenaline and prog intellect, but it dissolves all too soon into a calm, droning, harmonized chant of the mundane and simple lyric line. Then the song picks up again and does enter some very interesting musical passages, only to return the drab vocals in just a slightly varied fashion. It is like someone in the band dug the Beatles’ infamous “You Know My Name (Look Up My Number)” and wanted to do their own, updated version of that ill-fated experiment.

The Yes Album introduces us to a new band member, guitarist Steve Howe, perhaps the one member most responsible for the band’s phenomenal success over the coming years. Howe’s live acoustic instrumental “The Clap”, an impressive showcase that uniquely fuses classical with blue-grass, is unfortunately mis-placed in the song sequence as the second song on Side One, a side that concludes with the first of two multi-part suites on the album, “Starship Trooper”.

With each of its three sections written by a different individual member (“Life Seeker” by vocalist Jon Anderson, “Disillusion” by bassist Chris Squire, “Wurm” by Howe), the song easily and pleasantly moves from one part to another. “Life Seeker” is a tension-filled rock segment that contains some of the earliest use of a quality flange effect, which is re-introduced in the concluding instrumental section “Wurm”. In between is an interesting break with acoustic and bass, and well-harmonized vocals.

The second side of the album opens with the second suite “I’ve Seen All Good People”, a two-part, quasi-hippie “get together” type song that first starts with an a capella vocal preview of Squire’s straight-rocking end part “All Good People”, which follows the melodic, acoustic-driven “Your Move”, written by Anderson and featuring a folksy recorder played by Colin Goodring (you may recognize this part being played in recent credit card commercials).

Compared to the other, more interesting parts of this album, “A Venture” is anything but – being just a straight-forward almost formulaic pop song that relies heavily on the keyboards on Tony Kaye, who would be replaced following this album by the more dynamic Rick Wakeman. 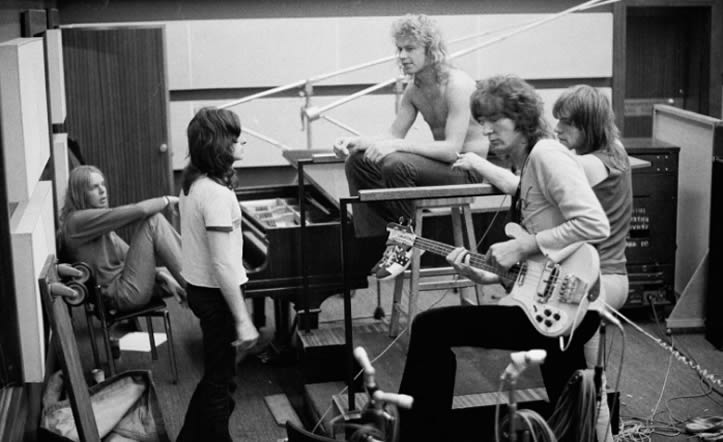 Kaye also plays a big part in the finale “Perpetual Change”, and entertaining extended piece that previews some of the fine material to come in the following year with the pair of excellent albums Fragile and Close to the Edge, ending The Yes Album on a strong note.

Even though it falls just a bit short of being a bona fide classic, there is no doubt that this is an important album in the history of progressive rock.