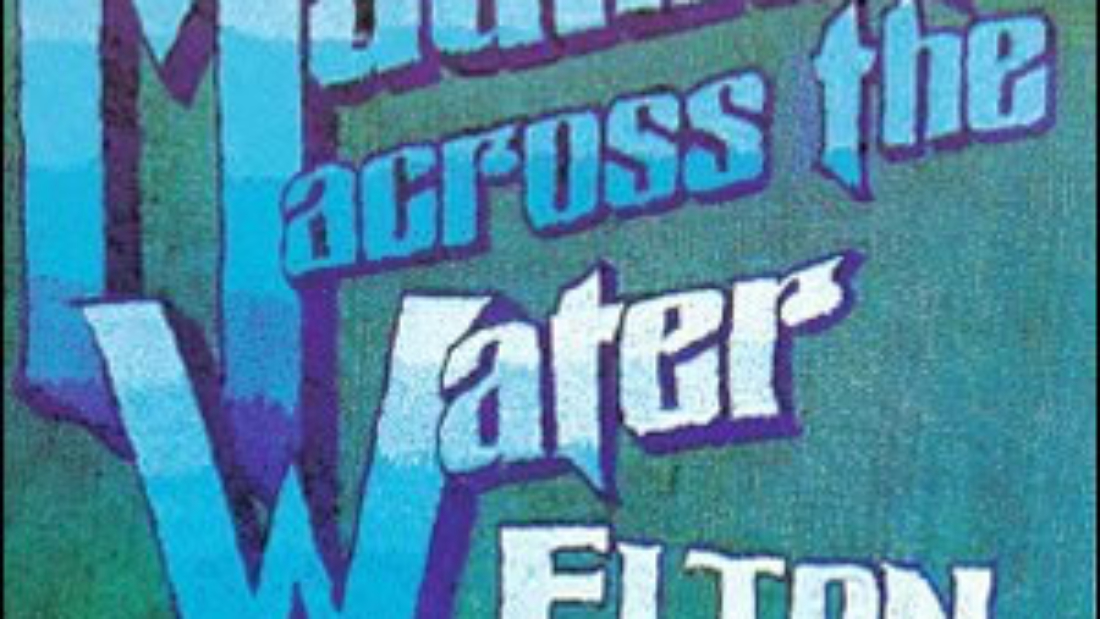 Buy Madman Across the Water Madman Across the Water was the fourth studio album by Elton John and his sixth overall album released within a span of just 29 months. The album is filled with songs that highlight John’s mellow and melodic music with Bernie Taupin‘s theatrical lyrical themes, making it a rather unique offering. Most of these tracks are over five minutes in length and filled with complex and deep arrangements, which gives the record a progressive-like feel and has kept this music viable and fresh four decades after its creation.

Born Reginald Dwight, Elton John started performing piano standards in pubs by the age fifteen and soon joined an R&B backing group called Bluesology, which often backed popular American soul acts while touring England. He later adopted his stage name as a tribute to fellow Bluesology members Elton Dean and Long John Baldry. John was later a profession session man who played on tracks recorded by artists ranging from The Hollies to Roger Hodgson and also began composing songs with Taupin for other artists. After a low-selling 1969 debut album, John reached international prominence in 1970, starting with his self-titled second release and the Top Ten hit “Your Song”. This was followed later in the year by Tumbleweed Connection, an American West inspired concept album which was a hit on both sides of the Atlantic. Elton John next toured America and recorded the live album 11–17–70 in New York City on that date.  The prolific output of John and Taupin continued in early 1971 when they composed and recorded the soundtrack to the film Friends.

Like those four previous releases, Madman Across the Water was produced by Gus Dudgeon. It was recorded at London’s Trident Studios over several sessions throughout 1971 and included a rich array of session musicians along with the fine string arrangements of Paul Buckmaster, which helped forge a rich and theatrical vibe for this album.

Unlike Tumbleweed Connection, this is not quite a theme album although it does provide an account of Elton John’s experiences in America. This is most prominent on “Tiny Dancer”, the album opener, which is also its finest song and a true classic. As reflected through this whole album, John’s music and melody are top notch while Taupin’s lyrics are a little less than so. Everything about the musical arrangement is perfectly placed from the bass lines and ever-intensifying rhythms to the strings to the steel guitar by session man B.J. Cole and, of course, John’s piano which subtly finds its way through the complex chord progressions. Even though the second verse is verbatim lyrically to the first, the arrangement and performance is varied enough to make it completely distinct.

Led by John’s vocal melodies, “Levon” beautifully builds throughout. Here, Taupin’s obscure lyrics are much more thought provoking and work better overall with the rich song craft. A fine acoustic accompanies the piano of the first verse while Brian Odgers‘s funky bass line is accompanied by a cool honky-tonk piano during the second verse. Topping it all off are the orchestral strings, which are much more up front and assert their presence more here than anywhere else on the album. The long coda contains a blend of many of these styles executed in harmony, a real tribute to Dudgeon’s production style. “Razor Face” has a great chord progression with the verse combination of piano and high-pitched organ by Yes’s virtuoso keyboardist Rick Wakeman. John’s vocals hit the higher registers nicely, spouting lyrics which are not great but effective enough to make this interesting and entertaining. The dark and dramatic title track is unlike many others in the Elton John collection, as this relies more on texture and effect than musical composition. It is musically built more on acoustic guitar than piano with the orchestral strings again being well asserted. The song nearly fades out in the middle, but slowly comes back for one final verse where the lyrics speak of paranoia and self-destruction;

“The ground’s a long way down but I need more, Is the nightmare black or are the windows painted?”

Side two of the album is far less memorable than the first and many of the songs feature backing musicians more prominently than John himself. “Indian Sunset” contains evocative and a capella vocals up front, but is less than stellar in achieving its intended theatrics. “Holiday Inn” is a folk waltz with exquisite vocal arrangements but is really a centerpiece for Davey Johnstone on mandolin and acoustic guitar. “Rotten Peaches” and “All the Nasties” are both slightly Gospel influenced, with the former feature high bass note progressions by Dee Murray and the latter including the Cantores em Ecclesia Choir. The album ends somberly, with the short and aptly titled “Goodbye”.

Upon its release, Madman Across the Water was thought to be a flop, as it failed to reach the Top 40 in John’s home country of England. Through the years, however, it did become a multi-Platinum success and has found increasing critical acclaim. Starting with Elton John’s next release, Honky Château in 1972, he would employ a more permanent backing group for both recording and touring and enter into the most successful phase of his career.