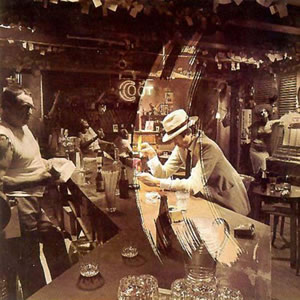 How keen the storied hunter’s eye prevails upon the land, to seek the unsuspecting and the weak / And powerless the fabled sat, too smug to lift a hand, toward the foe that threatened from the deep. Who cares to dry the cheeks of those who saddened stand adrift upon a sea of futile speech? And to fall to fate and make the ‘status plan’…”

2 thoughts on “In Through the Out Door
by Led Zeppelin”