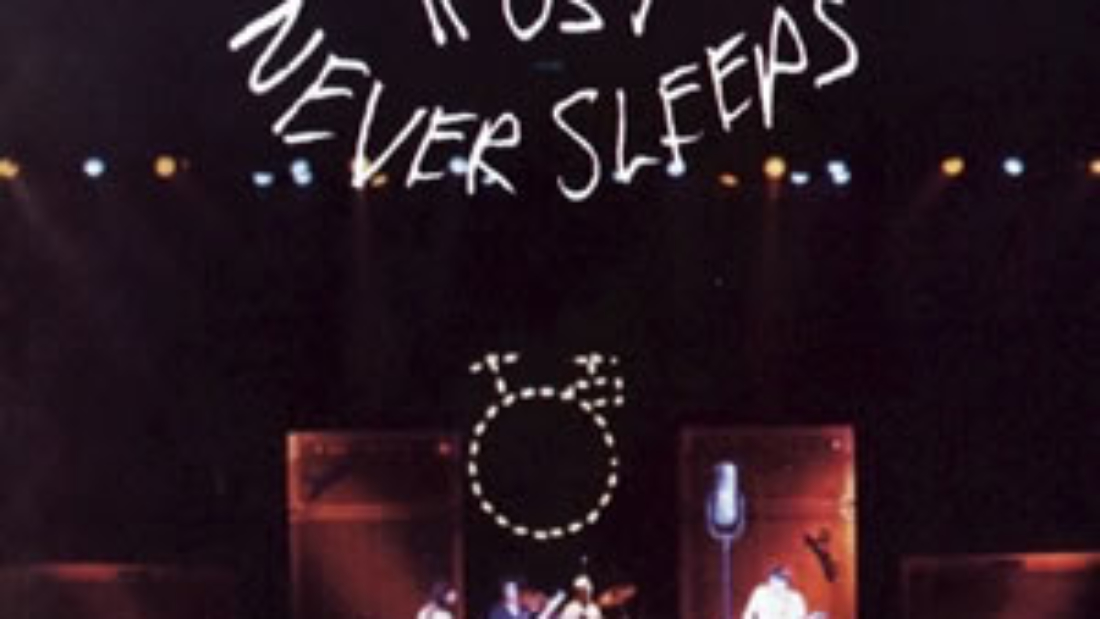 Rust Never Sleeps was a unique recording by Neil Young and Crazy Horse as it was  an album of all new material mainly recorded live but post-produced with some studio overdubbing and most of the audience ambiance removed. This all resulted in a final product that feels at once intimate and intense. The title and overriding theme for this work was a concept for the tour which preceded its production and provided much of it’s raw material. Rust Never Sleeps acts almost like a bookmark for the end of the decade that examines the state of contemporary life and the music industry, much like Don McLean’s American Pie did at the beginning of the 1970s.

Following the success of Young’s 1972 album Harvest, he had an uneven career span, marred by struggles with his vocals and performance issues by backing musicians. Although these works sold poorly, most of his albums through the mid 1970s received critical praise, highlighted by the 1975 release of Tonight’s the Night, which Young later opined was the closest he ever came to true art. Through these years, Young intermittently used the backing musicians collectively known as “Crazy Horse” with whom Young first worked in 1968. Following the release of  commercially accessible,  Comes a Time, in 1978 Young and Crazy Horse set out on the lengthy “Rust Never Sleeps” tour, where each concert was divided into Young’s solo acoustic set and the full band electric set.

The tour was the basis for the core live elements on the Rust Never Sleeps tracks. The album was produced in a way to minimize the live nature, with some abrupt song starts and quick fade-outs to help mask the audience noise, which is really only audible on the opening and closing songs. Imaginative and bold, the material on this album blends many of Young’s previously established styles while, at points, reaching areas of music unprecedented.

The first three songs on the album were recorded live in 1978 at the Boarding House in San Francisco. Co-written by Jeff Blackburn of The Ducks, “My My, Hey Hey (Out of the Blue)” is the opening acoustic version of the more popular electric album closing track. Here, Young takes a lot around the state of rock n’ roll at the end of the 1970s and pays slight tribute to the late Elvis Presley and the emerging punk genre, while the lyrics philosophically deal life and its reality. “Thrasher” sounds less “live” than the opener, as a more traditional Bob Dylan or even Bruce Springsteen influenced folk song, less concerned with riff and rhyme than with poetry and substance. Lyrically, Young stays on the state of rock stardom while musically the song contains a substantial harmonica lead in the outro. “Ride My Llama” is a short but pleasant and melodic ballad which dates back to Young’s Zuma album in the mid seventies.

Built like a time-traveling, acid-influenced tune from the sixties, “Pocahontas” is dark folk with lyrics that alternate between historic scenes and fantasy meetings. Along the way, Young references Marlon Brando, the Houston Astrodome, and, of course, Pocahontas. Completing the first side, “Sail Away” bucks the production trend of this album as a country-style recording left over from the Comes a Time recording sessions. This well-constructed song with a light but full arrangement would have fit in well with Crosby, Stills, Nash, and Young and contains excellent harmony vocals by Nicolette Larson.

The real brilliance of Rust Never Slepps lies on the electric side two, starting with “Powderfinger”, the best overall song on the album. With great riffing throughout, especially when Young and guitarist Frank Sampedro harmonize guitars between verses. While the compositional approach is still basically the same folk as on the acoustic side, the raw industrial strength rock puts the album in full electric stride. The poetic lyrics of “Powderfinger” tell a first-person story told by an Old West fallen pioneer who failed to defend himself and his family due to several moments of indecision. An acoustic version of the song was originally recorded by Young in 1975 but was unreleased because Young thought at the time it would work better for a band like Lynard Skynard. Next comes a couple of heavy rock influenced songs. “Welfare Mothers” sounds like it is musically inspired by the late sixties heavy rock, with the lyrical content being more contemporary to the late seventies. The powerful rhythms of Crazy Horse’s drummer Ralph Molina and bassist Billy Talbot drive the mood for the lighthearted lyrics about the rash of economically-strapped divorcées. On “Sedan Delivery” Young shifts between a heavy punk verse and slower, bluesy chorus which may have been influenced by The Who. The stream-of-consciousness lyrics portray the confusion often found in the era’s punk rock.

“Hey Hey, My My (Into the Black)” is the most popular song on the album and, in a lot of ways, Young’s signature song of his career. A rocked out version of the opening track with slightly altered title and lyrics, Young coins some memorable phrases such as “it’s better to burn out than to fade away”, which John Lennon cited as “garbage” as he did not “appreciate the worship of dead Sid Vicious or of dead James Dean or dead Jim Morrison…No, thank you. I’ll take the living and the healthy” (unfortunately, Lennon was assassinated less than a year after these comments). As the song itself does get a bit too long and repetitive, it does sustain through the final crowd applause, adding nice closure to the album.

Critically acclaimed in its day and for years to come, Rust Never Sleeps was also commercially successful, reaching the Top 20 on both sides of the Atlantic. Later in 1979, Young and Crazy Horse released the complimentary album Live Rust and Young also released a live concert film of the album under the same title. Beyond these follow-ups, however, Young continued to take radical new musical turns in the early 1980s, which included a documentary film soundtrack, a synth-heavy techno album, and a pure rockabilly album.