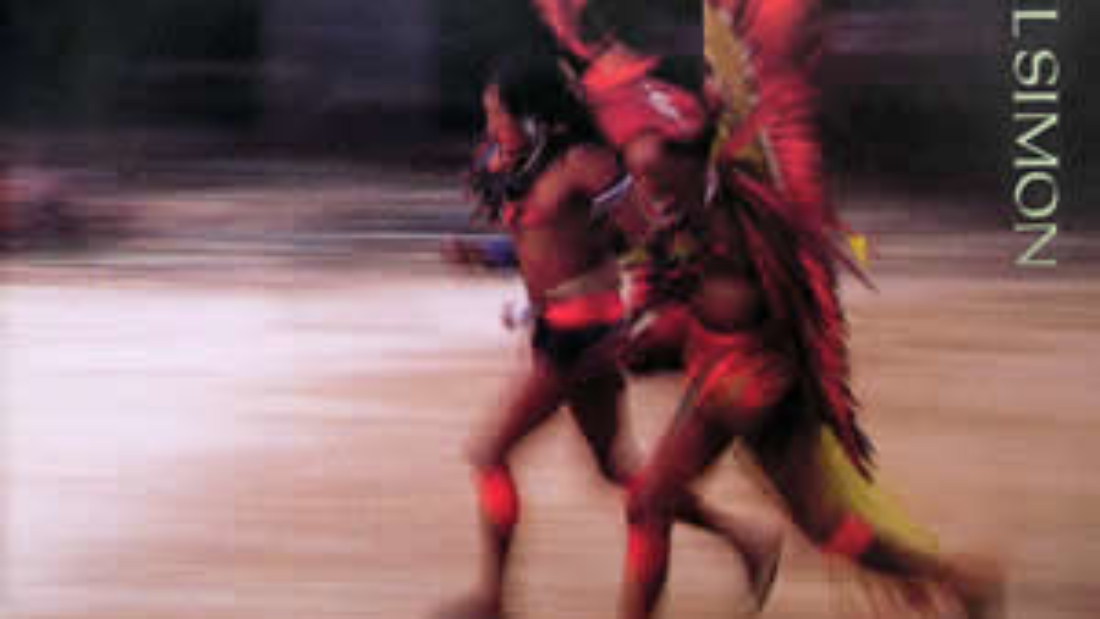 Buy The Rhythm of the Saints Ever the artist searching for a new, authentic sound, Paul Simon went to Brazil and employed the heavily percussive samba known as Batucada for his 1990 album, The Rhythm of the Saints. Here Simon fuses his witty pop and folk roots with Latin musical and rhythm techniques by employing nearly 70 session musicians. Beyond the vast number of Latin and African musicians, Simon also brought in contemporary musicians such as guitarist J.J. Cale, drummer Steve Gadd and vocalist Kim Wilson.

The album’s conception came on the heels of Simon’s tremendous success with Graceland, the 1986 release where he worked with South African musicians and vocalists. This gave the composer a taste of world music which he chose to pursue again for his next project starting in the late eighties. While maintaining some musicians from the Graceland sessions, such as the vocal group Ladysmith Black Mambazo, most of the backing musicians were from Latin America such as the popular Grupo Cultural Olodum.

Simon produced the album and first recorded most of the rhythm tracks in Rio de Janeiro, starting in December 1989. Guitarist Vincent Nguini performed on several of the tracks as well as helped out with several of the arrangements (and has remained a member of Simon’s band ever since). Overdubs were recorded and the album was mixed at The Hit Factory in New York City in mid 1990.

Although not originally intended to do so, “The Obvious Child” starts The Rhythm of the Saints off. As the lead single from this decidedly non-pop-oriented album, the label insisted that it be placed first on the album, (against Simon’s own wishes) and the track went on to be Simon’s final Top 20 hit. The military-type drums were recorded live in an outdoor square and add much contrast to the chanting vocals by Simon above strummed acoustic. The second track, “Can’t Run But”, is built on much more subtle rhythms, a xylophone, and a subtle bass, all too calm and cool against Simon’s signature rapid vocals. There is a slight bluesy guitar in the distance making this reminiscent of some of the Police’s more extravagant tracks, with lyrics that deal with the 1986 Chernobyl incident.

“The Coast” was co-written Nguini and starts with subtle hand drums, like a jungle rhythm in the distance. This song is built on brightly picked electric guitar with notes that nicely squeeze out and builds with some brass before relinquishing to a percussive chorus and starting over again. “Proof” contains good, strong brass horn accents over complex but subtle rhythms that topically rotate through an almost-digital like arpreggio while the bass rhythm uses simple 4/4 duo beats. There are also good vocal variations and plenty of interesting instrumental interludes. “Further to Fly” is more bass driven and almost jazzy in approach, but not quite as rewarding as the previous tracks, seeming like a more improvised, rehearsal-like track.

“She Moves On” may be the first song which reflects the folk roots of Simon, albeit it does have some jazzy bass, horns, and smooth guitars and (of course) a chorus of percussion. Written about Simon’s ex-wife, actress Carrie Fisher, this lover’s lament brilliantly incorporates a female chorus for a single line with great effect. “Born at the Right Time” is just as interesting, with bright guitars, bass, accordion, and a catchy melody which makes this one of the more accessible songs on the album. In contrast, “The Cool, Cool River” is one of the more modern sounding tracks, especially during the verses and kind of takes a left turn in feel and tempo during the ‘B’ sections. 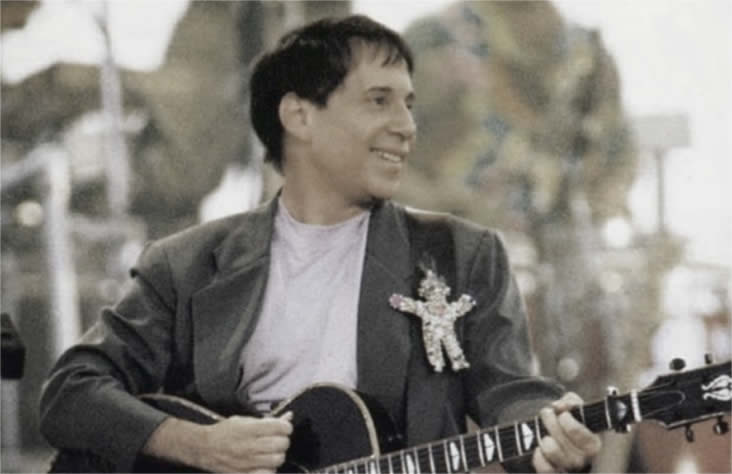 Coming down the stretch, “Spirit Voices” is more music oriented than most of the tracks with a few complementing guitars and a wild fretless bass under Simon’s whimsical vocals. Co-written by Brazilian songwriter Milton Nascimento, this track is uplifting overall. The title track “The Rhythm of the Saints” finishes off the album and, like the title suggests, the percussive orchestra returns with a vengeance to the point of nearly overwhelming the light guitar, bass, and vocals of Simon. The later call and response vocals between Simon and a chorus are almost spiritual in nature.

It is hard to surmise whether The Rhythm of the Saints has an over-exuberance of percussion which distracts from the core song craft or if the opposite is true, meaning these track may not have been quite as interesting without the arrangements. In any case, this album was a critical and commercial success all over the world and yet another high water mark in the long and brilliant career of Paul Simon.