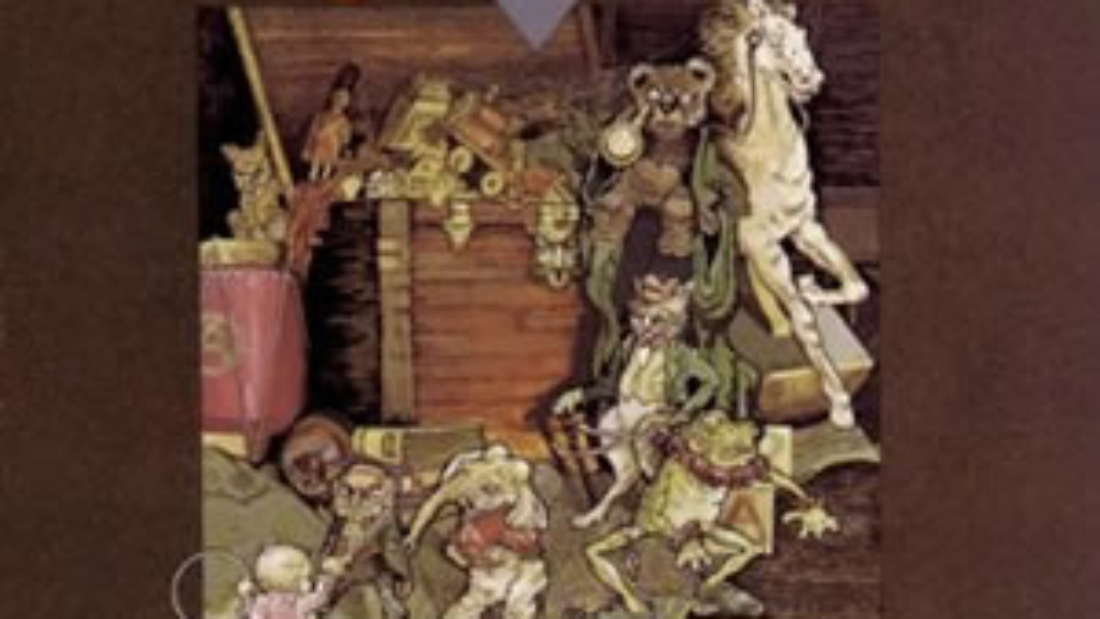 Buy Toys in the Attic Aerosmith scored their first real commercial success with their third album, Toys in the Attic. Released in 1975, this album establishes a distinct rock sound for the group with more attention paid to mass appeal and represents the high-water mark of the group’s initial 1970s phase. Beyond the spawning of a couple of big hits, the album is filled with solid tracks, which are mainly solid blues-based rock with just enough sub-genre edge to make it a very interesting listen from cover to cover.

Having signed with Columbia, Aerosmith released their self-titled debut early in 1973, which closely reflected the live sound the group had been forging through their first three years together. While the album was not a commercial success, it laid the groundwork for their core blues rock sound. The following year, the band released their second album, Get Your Wings, which was the first of five Aerosmith albums to be produced or co-produced by Jack Douglas. The production and approach showed a slight move by the group towards more pop/rock arrangements.

Douglas brought the band to New York at the beginning of 1975 to start work on Toys in the Attic. Lead vocalist Steven Tyler co-wrote most of the original material along with several of the group’s musicians. Tyler also came up with the ideas for the album’s theme and cover when he found a disfigured teddy bear in the attic of his home.

Co-written by lead guitarist Joe Perry, the title track “Toys in the Attic” sets an unambiguous heavy metal vibe, which may even verge on the edge of punk with its forward approach. This works well as a hard rock opener but does sort of deceive the listener as for the overall tone of this album. That deception is short-lived, as the moderate and jazzy “Uncle Salty” commences with a custom approach and great sonic dynamics which bring out every instrument. This track was co-written by bassist Tom Hamilton, who adds a steady and melodic bass to compliment Tyler’s fine melodies throughout and multiple vocal parts in the outro.

One of the group’s most overlooked and underrated tracks, “Adam’s Apple” is an upbeat blues rocker with some great riffs by Perry and Hamilton and an interesting lyrical take on the Biblical story of Eden. The hit “Walk This Way” got its start with a pre-concert warm up riff by Perry. On the recording, Douglas does his finest production work from the opening simple but effective dance beat by Joey Kramer through the crisp intro/interlude riffs, which feature perfectly mirrored guitars by Perry and Brad Whitford. This track may also be the source of invention of rap, with Tyler rhythmically delivering his lyrics on young lust and loss of virginity through the verses. The overall great arrangement which uses each element to maximal effect for commercialization, which resulted in the song reaching #10 on the pop charts in 1977. The only cover on the Toys in the Attic is “Big Ten Inch Record”, a song written by Fred Weismantel and recorded by Bull Moose Jackson in 1952. The band pretty much stuck to the original rockabilly approach complete with piano, a horn section and an impressive harmonica lead by Tyler. “Sweet Emotion” starts with Hamilton’s cool and haunting bass line accompanied by Perry’s slow but effective talk box. During the verses, Tyler delivers another quasi rap with Kramer’s steady drum beat holding the steady pace until the song concludes with heavy section featuring a full band arrangement of intro section complete with several overdubbed guitars. The lead single from the album, “Sweet Emotion” was Aerosmith’s first Top 40 hit.

The album concludes with three diverse gems which tip the scales to make this an absolute classic. “No More No More” is a simple and bright rock gem with elements of everything Aerosmith does best. The music is straight-forward and direct, while lyrics about the trials and rewards of being in a working rock and roll band with the final verse features ascending chord changes climaxing with the song’s underlying theme lyric;

“time’s there a changin’, nothing ever stands still, if I stop changin’ they’ll be writing by will, it’s the same ol’ story never get a second chance to advance to the top of the hill…”

“Round and Round” is built around Whitford’s doomy, Black Sabbath-like riff, with the bridge sections featuring a nice use of overdubbed, soaring guitars that give this otherwise repetitive track some real flavor. The song’s outro builds a lot tension which is not relieved before the song ends. The heavily orchestrated closing ballad, “You See Me Crying” is a fantastic closer with a whole different sonic signature than rest of the songs. However, this was also  a source of frustration within the band, which left a few members off this track and which would not be performed live by the band for over three decades. Still, the result of this layered piano ballad is a tremendous closer for the album featuring a tone that is melancholy but with music that is animated and bursting at the seams, leaving nothing to wither here.

Toys in the Attic reached #11 on the US charts and has sold over 8× Platinum since its release. The album’s popularity launched Aerosmith into the upper echelon of contemporary rock acts in the mid to late seventies and even sparked the group’s older material (such as the track “Dream On” from the 1973 debut album) to reemerge into prominence.