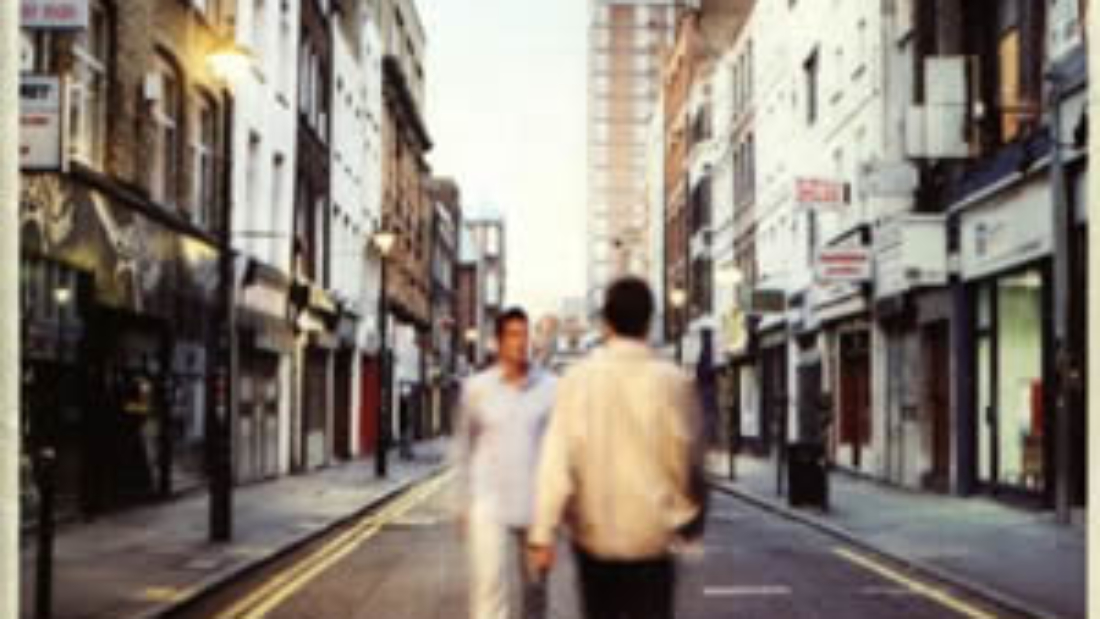 The second blow of the potent 1-2 punch by Oasis at the start of their career was the 1995 album (What’s the Story) Morning Glory?, which fully propelled the group towards worldwide accolades and fame. On this album, primary songwriter Noel Gallagher employed a richer array of compositional influences while thick production techniques were used in what would come to be known as the inception of the “Loudness wars”. These were some of the reasons why critics were initially lukewarm in response to this album, albeit they have reversed course by offering great acclaim for the record in more recent years.

Oasis released their debut album, Definitely Maybe, in September 1994 and it became the fastest selling debut album ever (to that point) in the UK. This sudden rush of fame did have some negative consequences, as lead vocalist Liam Gallagher (Noel’s brother) exhibited some bizarre behavior on stage and original drummer Tony McCarroll departed from the band. McCarroll was replaced by Alan White, who came with an impressive studio resume.

Recording sessions for (What’s the Story) Morning Glory? were in a Welsh studio during the Spring of 1995 with producer Owen Morris. The album was recorded quickly, especially early on when the group claimed they averaged almost a song per day. However, tensions broke out between the Gallagher brothers when Noel suggested he provide lead vocals for a few tracks, a move that Liam viewed as a leading indicator of his potential ouster as front man. This led to an altercation that ultimately suspended recording for three weeks. However, Morris has since stated that the sessions overall were “the best, easiest, least fraught, most happily creative time (he has) ever had in a recording studio” and that the resulting album is “dripping with love and happiness.”

The opening track “Hello” is the only composition not credited solely to Noel Gallagher, as Gary Glitter and Mike Leander are given co-writing credits. After a false start of strummed acoustic, the song abruptly gives way to a heavier rock arrangement with a thick, opaque sound and heavy use of guitar processing with White’s rolling drums buried deep in the mix. “Roll with It” has a solid structure of straight-forward rock with a heavy emphasis on the hook and an interesting, echoed guitar lead. The song was released ahead of the album and climbed to #2 on the UK pop charts. The worldwide hit song “Wonderwall” starts as a simple acoustic, strummed folk track. However, it quickly evolves into a much more complex and original arrangement musically, which strikes the perfect vibe which finds the seam between romance and desperation matches its rich and philosophical lyric;

And all the roads we have to walk are winding, and all the lights that lead us there are blinding – there are many things that I would like to say to you but I don’t know how…”

“Don’t Look Back in Anger” is the best song overall song by Oasis and is fittingly delivered by its author, Noel Gallagher who proves he is every bit the lead vocalist as his younger brother. The song features complex passages that soar at times with underlying riffing and fine piano riffing by Paul Arthurs as well as potent bass by Paul McGuigan. The song’s title, lyric and sound pays homage to classic artists like David Bowie, The Beatles and John Lennon in particular (with the line “Gonna start a ‘Revolution’ from my bed….”) in an approach that legitimately feels like it was spawned in a bygone era. Released as a single in early 1996, “Don’t Look Back in Anger” became Oasis’s second song to top the British charts.

The album’s momentum continues with “Hey Now!”, a strong rocker with heavy seventies pop/rock elements and consistent slide guitar throughout. Through is five minute duration, this track employs differing rhythms (which sometimes seem clunky but never quite off-putting) as well as a fine melody by Liam Gallagher during the verses and a terrific, double tracked guitar lead later. The long, repetitive final chorus drives home the entertaining elements as the song concludes. The first of two short, untitled link tracks which feature a heavy blues, ZZ-Top style rock with alternating guitar and harmonica by guest Paul Weller, leads to the blues heavy “Some Might Say”. Featuring another cool lead section with some wild synth sounds tossed in for effect, “Some Might Say” was Oasis’s first UK chart-topper and it sold nearly a half million copies as a single upon its release. The final song written for the album, “Cast No Shadow” throws in the kitchen sink of sweet effects – strummed acoustic, slight electric overlays, slide guitar, mellow synths, steady yet strong rhythms, weepy lead vocals, rich background harmonies and deep lyrical lines;

Coming down the stretch, the album’s quality never relents. “She’s Electric” is a happy-go-lucky pop track with bright, hard rock music, chanting, lyrical rhymes and slightly Southern layered guitars. The title track, “Morning Glory”, closely resembles a popular R.E.M. song with its metallic, textured guitars pumping out a strong riff to complement the shouted and repeated vocal hook. “Champagne Supernova” is the perfect album ending, as it comes in subtly with strummed guitar, accordion and electric textures before White’s drum beat crashes in with the glue for the thick arrangement of the track’s body. This is a nice lead up to the guitar lead section, which is slight but potent, before the song goes through the initial verse again much more quickly and intensely and with a less organized outro riff section. After one final verse, the track fades out slowly, maintaining the overall feel of the song and album and sealing this record as a classic. (What’s the Story) Morning Glory? sold 350,000 copies in its first week and spent 10 weeks atop the UK Albums Chart. Following its release, Oasis went on an extensive world tour, which included shows in front of hundreds of thousands in their home country.