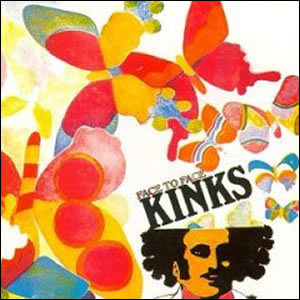 After quickly rising to pop acclaim, Ray Davies and The Kinks morphed towards concept albums in the late 1960s. Face to Face, the group’s fourth studio album released in October 1966, featured a fine collections of short pop-oriented songs that were loosely affiliated thematically with observations of society. Musically, the 14 tracks explored many new and diverse styles ranging from traditional English music hall to the emerging psychedelic sound.

The group toured the world in early 1965 but, after their shows in the United States, the American Federation of Musicians would refuse permits for the group to appear in concerts for the next four years due to their rowdy behavior on stage. 1965 saw the group record and release two albums, Kinda Kinks and The Kink Kontroversy, which each saw the group branch out stylistically, with the latter album including session musician Nicky Hopkins on keyboards.

The lead single from Face to Face, “Sunny Afternoon”, became a blockbuster hit in the summer of 1966. The most indelible and popular song on the album, it is built on descending riffs over calmly strummed acoustic guitar and a nice changeup to seventh chords in the choruses which excellently portray the easiness illuminated in the lyrics. Although not included on the album, he single’s B-side “I’m Not Like Everybody Else” was a unique and intense song with an unambiguous message that builds in intensity on the delivery of that title message when guitarist Dave Davies takes over lead vocals. With great momentum from both sides of this single, the group headed to the studio with producer Shel Talmy to make the ret of the album.

The opening track “Party Line”, co-written by both Davies brothers, is straight forward pop/folk/rocker with consistent drumming by Mick Avory throughout, while the following “Rosy Won’t You Please Come Home” leans more towards psychedelic rock, with Hopkins’ ever-present harpsichord and its overall melancholy feel. This second song was directed towards Rosy Davies, the sister of Ray and Dave Davies who had moved to Australia in 1964, an event which would later be the subject of the 1969 concept album, Arthur (Or the Decline and Fall of the British Empire).

The upbeat folk track “Dandy” became a hit throughout Europe and it would later be covered by several subsequent acts like Herman’s Hermits and The Rockin’ Vickers. On “Too Much on My Mind” there is good interplay between the bass guitar of Pete Quaife and the acoustic with harpsichord coming in and adding much color, ll making it the best song on the album thus far. Slightly lesser quality but still entertaining are the three songs that round off side one, “Session Man”, “Rainy Day in June” and “A House in the Country”. 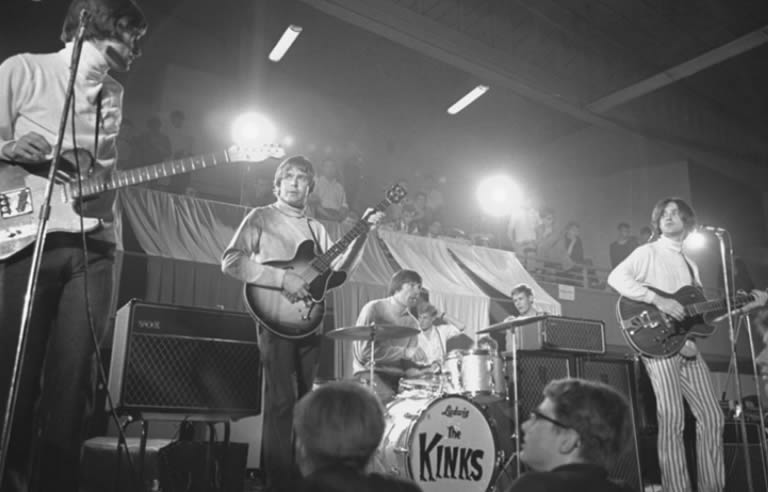 The album’s second side begins with the Hawaiian-flavored “Holiday in Waikiki” followed by the folksy “Most Exclusive Residence for Sale”. Perhaps the most interesting stretch of the album begins with the acoustic “Fancy” followed by the jazzy “Little Miss Queen of Darkness”, which features John Dalton on bass as it was recorded during a short period in July 1966 when Quaife temporarily quit The Kinks. “You’re Lookin’ Fine” is a riff driven rocker, played in an understated manner which doesn’t quite realize its full potential, as demonstrated by Syndicate Of Sound’s 1969 cover of the song. The original album concluded with the fine pop/rocker “I’ll Remember”, featuring great guitar tones and an animated boogie piano beneath a deliberative, George Harrison-like melody. The song was the earliest track on the album, having originally been recorded during sessions for The Kink Kontroversy in 1965.

Less than a month after the release of Face to Face, the group released the non-album single “Dead End Street” / “Big Black Smoke”, which further enhanced the group’s sound. The Kinks’ music in 1966 commenced a five-year period that Ray Davies would later refer to as their “golden age”.