Buy Thick As a Brick

Thick as a Brick may be the album that brought progressive rock to its ultimate end, being one long song that covered both sides of this fifth studio album by Jethro Tull. It was deliberately crafted as an “over the top” concept album, to the point where all the lyrics were credited to a fictional child prodigy named “Gerald Bostick”. These lyrics and music were actually written by the band’s front man, Ian Anderson, and it may have actually been intended as a parody on the direction that prog-rock was headed in 1972 as well as a response to the rock critics who incorrectly labeled the group’s preceding album Aqualung as a “concept” album.

Whether or not this was a parody, Thick As a Brick was Jethro Tull’s first legitimate offering of deep progressive rock, notable for its many musical themes, time signature changes and use of vast instrumentation such as harpsichord, xylophone, saxophone, violin, and a string section. Anderson performed most of these exotic instruments himself including his  signature flute. He was backed by a solid rock outfit led by guitarist Martin Barre, which gave the band a potent contrast and unique and interesting sound. The band performed most of the album on tour for nearly a year.

The original album contained a fictional multiple-paged small-town English newspaper called The St. Cleve Chronicle. Dated 7 January 1972, this “newspaper” includes the entire lyrics to “Thick as a Brick”, which is presented as a poem written by an 8-year-old literary prodigy, Gerald “Little Milton” Bostock, whose disqualification from a poetry contest is the focus of the front page story.

This past year with the release of the 40th anniversary edition, the supporting website broke the album (and song) into sections or digital parts. The opening “Really Don’t Mind” (listed as “Thick As a Brick (Edit 1)” on some compilations) is the most popular portion of the album. A mainly acoustic folk song with a complimenting flute part, this opening portion contains the most brilliant lyrics on the album and the three minute edited version is considered one of the all-time classic by the band, having been played on many classic rock radio stations in several nations.

“See There a Son Is Born” has one vocal chant part before breaking into the first real jam of the song, led by the organ lead of John Evan. “The Poet and the Painter” begins with a dramatic march held together drummer Barriemore Barlow before breaking into a more traditional prog-rock song. This also features the first real flourishes of flute by Anderson and an extended funk jam section over the animated bass of Jeffrey Hammond-Hammond. Evan returns in full force with the section labeled “From the Upper Class” (listed as “Thick As a Brick (Edit 4)” on some compilations), which seems to start off unsure but later falls in line to form an upbeat and catchy riff that sticks out as one of the more accessible sections of this extended piece. All players get in tightly on this jam with the main riff seeming to ascend infinitely. 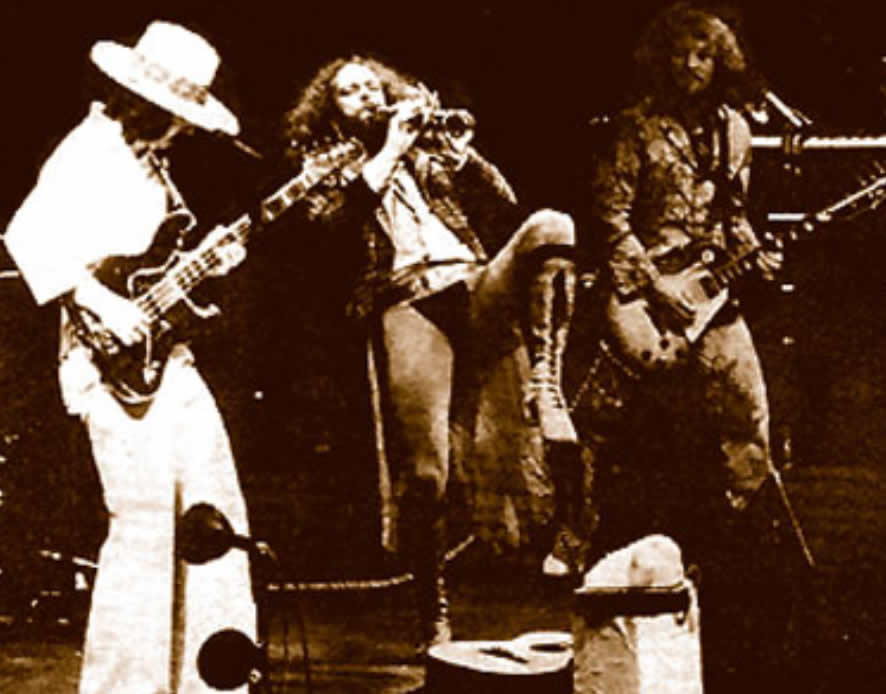 The next sequence may be the finest sequence of the album. “You Curl Your Toes in Fun” returns to the same opening acoustic riff under a different melody before nicely passing into the piano progression and driving bass of “Childhood Heroes”, which also contains the finest vocals on the album by Anderson, closing out the first side and first half of the album.

Side two breaks into “See There a Man Is Born”, a sequel to the second progression of the first side, complete with a couple short yet wild drum solos by Barlow and a couple of false endings with weird reprises. “Clear White Circles” is the third section to use the main acoustic riff offset by some prog-oriented rudimentary sections. The dark folk of “Legends and Believe in the Day” leads into the theatrical slow rock riffs by Barre and elongated vocal patterns by Anderson. Towards the end of this section, the musicians again seem a bit unsure where they will go next before finally catching fire with the certainty of “Tales of Your Life” which contains a flight-of-the-bumblebee type solo with flute, harpsichord and guitar all joining in on the fun. The album gets a little repetitive during this final sequence before finally reaching the concluding verse which returns to the chorus of the very first “Thick As a Brick” theme, bring the album full circle.

In April of this year, Ian Anderson released a sequel album called Thick As a Brick 2: Whatever Happened to Gerald Bostock?, which focuses on the fictional boy genius author of the original album forty years later. This follow-up album presents five divergent, hypothetical life stories for Bostock and follows the style of the mock-newspaper (The St Cleve Chronicle) of the original Thick As a Brick album, which now is online at StCleve.com.