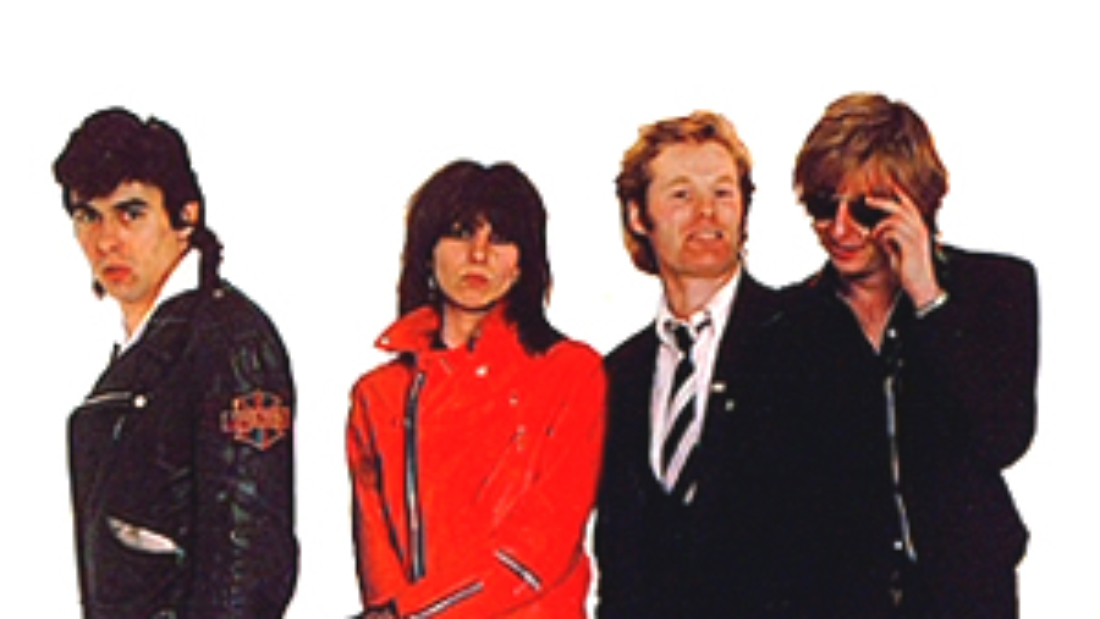 Pretenders, is the self-titled debut studio album by the British-American band of the same name. Released just weeks into the new decade of the eighties, this was one of the more widely anticipated debuts as the group had already achieved commercial success with three charting hits in 1979. Those three singles (along with two of the ‘B sides’) were combined with new studio material to make this fine rock album, which debuted at #1 in the UK and went platinum in the U.S. The album also received high praise critically, which it has sustained as it is included on many lists of top debuts of all time.

The Pretenders are led by composer, guitarist and vocalist Chrissie Hynde. Originally from Akron, Ohio, Hynde moved to London in 1973 and wrote for the weekly music paper NME. She formed and played in many groups through the mid seventies and was involved with the inception of the punk scene, including short stints with early versions of The Clash and The Damned. After recording a demo of original songs, Hynde was convinced to assemble a more permanent band to reach the next level. Bassist Pete Farndon and guitarist James Honeyman-Scott joined Hynde in this yet-to-be named band in early 1978.

Later that year, the group chose their name after the Platters song, “The Great Pretender”, and recorded a cover of the Kinks’ ,”Stop Your Sobbing”, with producer Nick Lowe and drummer Gerry Mackelduff. Released in January 1979, the single gained the new group some attention and radio play as well as the backing to record more songs and eventually this debut album. Martin Chambers signed on as the group’s permanent drummer and the quartet recorded scores of tracks through 1979 with producer Chris Thomas, many of which were not released until a re-mastered edition of Pretenders was released in 2006.

Hynde wrote the bulk of the material on Pretenders and found a nice blend of rock, punk and pop, with the slightest hint of new wave edge. “Precious” starts as a rapid, two chord jam until the song gets a little more intense and sonically interesting with phasing and reverse-reverb effects, and overtly vulgar lyrics. The song was a cynical ode to Hynde’s home city of Akron, a theme she would revisit in a more sentimental way in later years on “My City Was Gone” from Learning to Crawl. “The Phone Call” is a rudiment driven, new wave rocker where the vocals are mostly spoken word with some interesting deviations during the short, rapid, off-beat choruses, while “Up the Neck” is much more contemporary and melodic than the first two tracks as a steady, jangly, and pleasant pop/rocker throughout. Returns to the feel of the opening track, “Tattooed Love Boys” shoots a strong sexual vibe by Hynde and is close to punk in underlying feel, albeit much more refined up top. This track also employs a very odd time signature and the first of several brilliant guitar leads by Honeyman-Scott. Next comes the album’s only instrumental, “Space Invader”, driven by Farden’s bass line in the opening jam and a slight synth section by Honeyman-Scott. “The Wait” has more interesting riffs and rudiments in the verse where Hynde’s lead vocals seem to be in a race between the crunch riffing, while the chorus has a more standard rock release with great bass by Farndon, who co-wrote this song.

While this album is fine throughout, the second side is especially strong. “Kid” is a melodic and upbeat ballad with some cool instrumental passages, including a nice acoustic section and very animated, rolling drums by Chambers. Here, Hynde abandons the punk bravado and branches out with a love song about vulnerability and Honeyman-Scott contributes layers of fine lectric guitars. “Private Life” follows as a quasi reggae tune, but with the guitar riff and vocals giving it a dark feel. Although the group rarely leaves the same basic riff through its six and a half minute duration, the song does contain some soul-fueled background vocal variations and another respectable rock guitar lead.

“Brass in Pocket” is the most popular early track by The Pretenders, driven by the slightly funky riff by Honeyman-Scott, Hynde’s great sense of melody, and Farndon’s rounded eighties bass to introduce the new decade. Lyrically, the song is one of self-assurance among women with a laid-back swagger and confidence. The song was a pop hit on both sides of the Atlantic, reaching the Top 20 in the US. “Lovers of Today” starts as pure ballad but takes some interesting turns into classic rock areas with coolly strummed acoustic with strong electric riffs above while maintaining the overall melancholy mood of the track. The album ends strong with “Mystery Achievement”, a powerful and intense rocker with more melodic vocals by Hynde.

Pretenders was a commercial success worldwide, reaching the Top 10 on a half dozen album charts in 1980. The next year the group followed up with an EP and a second full-length album, Pretenders II.