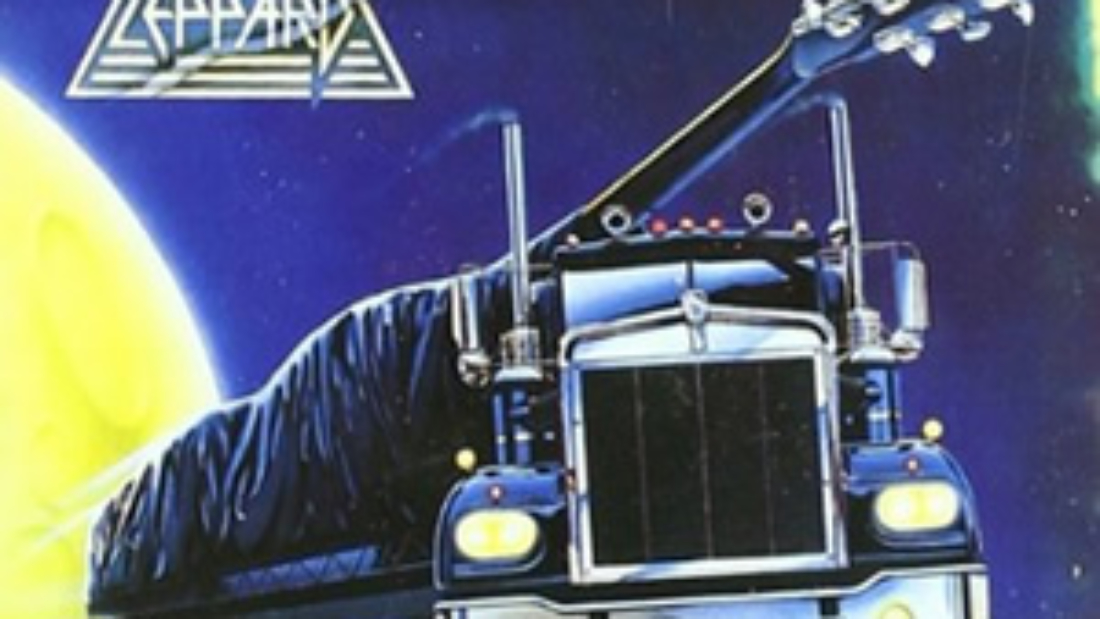 Buy On Through the Night It is clear that Def Leppard had yet to refine their signature sound when they recorded their debut LP, On Through the Night. The album, which contains songs then described as “working-class hard rock anthems” are raw and energetic and was produced in a way which is a little short of professional, but this may be part of the overall charm. Led by the duo guitarists of Steve Clark and Peter Willis, the young group showed some hard rock and heavy metal sophistication as well as an advanced knack for composing hooks.

Def Leppard grew out of a band called Atomic Mass, featuring Willis and bassist Rick Savage. In 1977, 18-year-old Joe Elliott successfully auditioned for the band and brought with him the name “Deaf Leopard”, which he had envisioned as a band name through his school days. Clark joined the band in early 1978 and later that year, while recording their first EP of original music, then-15-year-old Rick Allen joined the group as its permanent drummer, rounding out the quintet.

That EP actually sold well in the U.K., fueled by the song “Getcha Rocks Off”, which got some healthy airtime on the BBC, and the band developed a loyal following in the British hard rock and heavy metal scene. This led to a major record deal in 1979 and the production of On Through the Night late in that year. Produced by Tom Allom, the album is split between re-recorded versions of the group’s previous single, EP tracks and a handful of newly written songs.

“Rock Brigade” starts the album with the energy of a cross between Aerosmith and early Rush, a very seventies vibe for this group that would become synonymous with eighties rock. Driven by the double guitar crunch of Clark and Willis, the song features plenty of slight sound effects to enhance the otherwise solid rock song. Where the opener is a cool rocker, “Hello America” seems overtly tacky during the naked opening vocal chorus, but is otherwise pretty heavy and upbeat with some well placed synth effects in the chorus by session man Chris M. Hughes.

“Sorrow Is a Woman” is the best song on the album. it starts with a solid and dramatic rock phrase which gives way to the reserved, almost jazzy verse sections with well-picked guitars and fantastic bass by Savage. After a calm and moody first and second chorus, the song launches into a heavy and extended, multi-part bridge with traded and harmonized guitar licks and leads. “It Could Be You” is a heavy blues rocker by Willis with a frenzied feel and nearly as frenzied vocals by Elliot, making this the closest to heavy metal on the first side.

“Satellite” is a bit darker and more murky than the previous tracks and the song tries too hard to be relevant, though it is entertaining enough. The first side finishes with “When the Walls Came Tumbling Down”, a song with an epic feel due to the theatrical beginning with spoken narration by guest Dave Cousins of the UK band the Strawbs. The English feel is interrupted by a riff and rudiment rock section which shows that this young band can actually jam pretty well.

On the second side of On Through the Night, Def Leppard starts to sound like eighties hair band that they would ultimately become. “Wasted” is almost comically simple in its approach and repetition, but it is the one song which remained from this album in the band’s repo ire through their superstar years. “Rocks Off” is an updated version of the band’s 1978 radio hit, and is another straight-forward rocker, this time laced with faux crowd noise at various points. The music is tight on this latter track as the duo guitars shine atop the fast and potent rhythm lead by the exquisite timing of drummer Allen, especially during the extended jam which closes the song. “It Don’t Matter” is upbeat with great bluesy guitars in the intro and solo section with well-timed and executed rock riffing during the verses and some chorus chanting, while “Answer to the Master” takes a turn towards the “darker” heavy metal themes floating through other groups at the time.

Def Leppard’s first album ends with a nod to the past, with the a hard prog rock epic “Overture”. Starting with an acoustic arpeggio and a folkish,  melodic vibe through the opening two minutes, the track breaks into an electric rock shuffle during the next phase, with poetic lyrics and subtle melody by Elliot. Next, the song goes through some riff-based sections to bridge it back full circle to the opening section with nearly identical lyrics.

Although On Through the Night was a not a huge commercial success upon release, the album was eventually certified platinum by the end of the decade it ushered in. More importantly, it caught the ear of famed producer “Mutt” Lange, who refined the band’s sound on their second album, High ‘n’ Dry in 1981. This led to further success as Def Leppard quickly climbed to the top of the hard rock world.