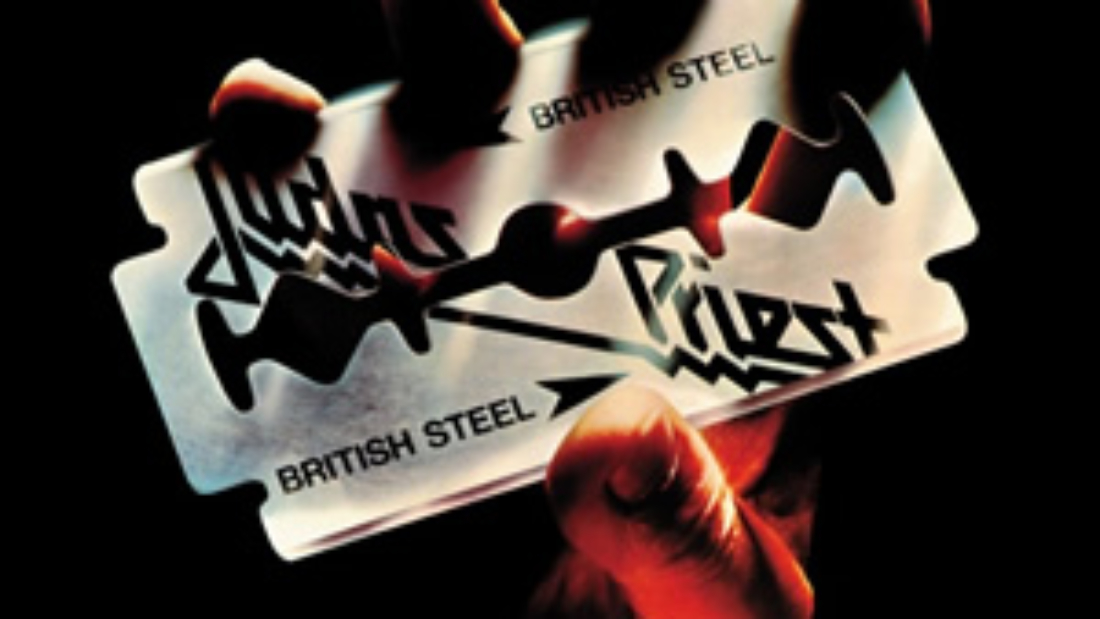 British Steel was the album where Judas Priest finally found a mainstream American audience and launched the heavy metal band into stadium headliners. The album reached the Top 40 in the American album charts, while faring even better in the group’s home Britain. This orchestrated move towards a more commercial sound and away from the complexity of their earlier material, helped open the door for a new style of heavy rock which persisted throughout the new decade.

The origins of Judas Priest date back to 1969 when guitarist K.K. Downing and bassist Ian Hill began jamming to tunes by Deep Purple, Jimi Hendrix, The Who, Cream and The Yardbirds and took their name from Bob Dylan’s song “The Ballad of Frankie Lee and Judas Priest”. Eventually the band moved away from blues rock towards heavier music and soon the group began opening up for top-billing acts in England. In 1973, vocalist Rob Halford joined as front man and the next year lead guitarist Glenn Tipton was enlisted just prior to the recording of the group’s debut, Rocka Rolla, in 1974. In the late seventies, Judas Priest migrated further towards a gritty metal sound with the studio albums Sad Wings of Destiny, Sin After Sin, Stained Class and Killing Machine and the critically acclaimed 1979 live album Unleashed in the East.

Long time drummer Les Binks quit in late 1979 and was replaced by Dave Holland just prior to the recording of British Steel. Produced by Tom Allom, original recordings began at Startling Studios in December 1979, but these were soon abandoned for a fresh start at Ringo Starr’s Tittenhurst Park studios in early 1980.

The music for all songs on British Steel was composed by Downing and Tipton, while all the lyrics were written by Halford. The infectious riff of “Breaking the Law” gets thing rolling, complete with sound effects and a primal, chanting hook. This opener (on the American version of the album) strongly signifies the group’s move into a simpler and less processed sound. This direction is further reinforced with the driving rhythm of “Rapid Fire” and the moderate crunch of “Metal Gods”. 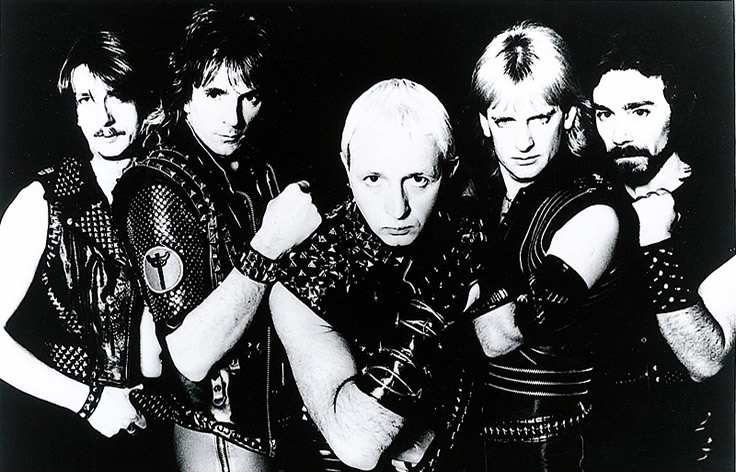 The album’s first side concludes with two of its finest tracks. “Grinder” mixes deliberate guitar riffs with Hill’s steady, driving bass and a deep and raw hook by Halford which seems to forecast future acts like Metallica. “United” is an anthemic masterpiece with great sonic effects production-wise and the most melodic vocals on the album. Holland’s reverb-drenched drums seems ready for the arena while the rest of the instrumentation rests nicely in a dry but bright room.

The second side contains more diverse tracks. “Living After Midnight” is probably the most popular song from British Steel, which has sustained through the years due to its radio-friendly hooks and beats. This was the group’s first gold album in the U.S. due to its easily accessible portrayal of the rebellious spirit in the same vein as contemporaries like the group Kiss.

The fine, steady rocker “You Don’t Have to Be Old to Be Wise” patiently finds its way through the verse, chorus rotation with some very dynamic vocals by Halford, which he sustains as a highlight of the song along with a fine guitar lead by Tipton. “The Rage” is one of the most interesting tracks on the album, starting as an off-beat reggae phrasing by Downing and Hill before morphing into a Van Halen-style riff with doomy lyrics. Closing out the album, “Steeler” is an upbeat rocker which forecasts the group’s sound in subsequent years.

Following the success of British Steel, Judas Priest followed the same basic formula with 1981’s Point of Entry and 1982’s Screaming for Vengeance, each continuing the group’s rise in popularity. Three decades later, the group embarked on a 30th anniversary tour by playing the album live in its entirety for the first time, proving the sustainability of this fine record.