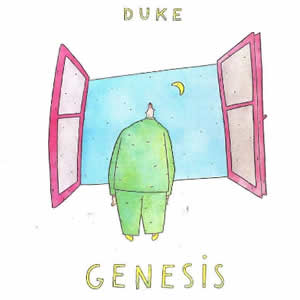 Duke was the tenth overall studio album by Genesis and their second since contracting to a trio. The album is made of twelve songs mainly composed by individual members of the band while remaining inter-related in a thematic way (although not presented in sequence). This mix of pop and prog was a commercial and critical success at the time of its release and it masterfully displays this pivotal musical era of the group at the beginning of the 1980s.

Following the massive success of 1974’s The Lamb Lies Down On Broadway and its equally massive world tour into 1975, lead vocalist Peter Gabriel departed from Genesis. Rather than replace Gabriel, the group decided to continue as a quartet with drummer Phil Collins assuming the role of lead vocalist. The group recorded and released two well received albums in 1976, A Trick of the Tale and Wind & Wuthering. The tours following these two albums made up material for the group’s 1977 live album, Seconds Out. However, guitarist Steve Hackett decided to become the second member to leave the group and embark on a solo career and the remaining members of the group decided not to replace him. Instead, bassist Mike Rutherford played most of the guitar parts. Collins, Rutherford and keyboardist Tony Banks soon recorded and released And Then There Were Three followed by another world tour in 1978.

Entering 1979, the group decided to take an extensive break with Banks and Rutherford working on solo albums and Collins relocating to Vancouver. Later in the year, the group got back together to rehearse and record the material that would become Duke. The album was recorded at Polar Studios in Stockholm with David Hentschel co-producing along with the band.

The group originally planned to record a side-long suite but ultimately the piece was broken up into six tracks. The main riff leads the majestic instrumental opening of “Behind the Lines”. Complete with deliberative accents on its three-chord main riff, the vocals finally enter about two and a half minutes in for this popular song that opened many concerts in years to come. The opener dissolves into “Duchess”, with a long electronic intro as Banks slowly works in a piano arpeggio. The song was released as single but barely missed the Top 40 on the UK Singles charts. “Guide Vocal” is a short electric piano ballad by Banks followed by Rutherford’s “Man of Our Times”, with a tension filled, heavy synth riff and deliberative drumming.

Continuing the streak of solo compositions comes Collins’ first contribution, “Misunderstanding”. This upbeat lover’s lament pop rock with doo-wop elements and Rutherford’s rollicking bass line with a main riff that heavily borrows from Sly and the Family Stone’s 1969 hit “Hot Time In the Summertime”. The song became a worldwide hit and their highest charting single to date in the United States. “Heathaze” is an uplifting ballad written by Banks with Collins definitely channeling Gabriel and some excellent musical phrasing throughout. Banks later went on to describe Duke as his favorite Genesis album. 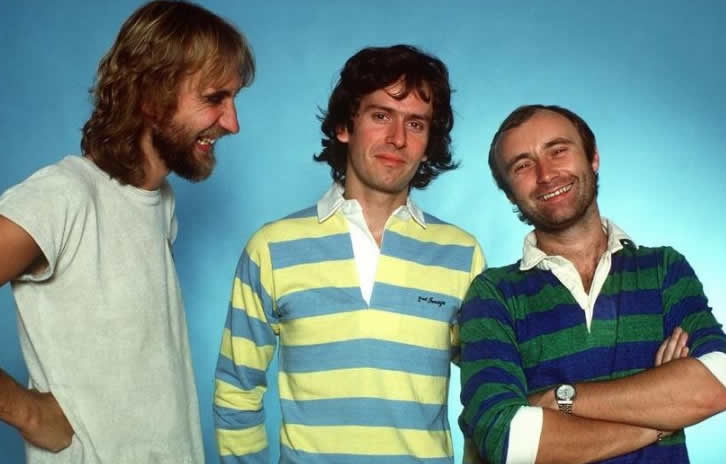 Side two begins with “Turn It On Again”, the next phase of the underlying suite and a song which best encapsulates the Genesis sound at the turn of the decade and is all encapsulated in a less than four minute track. This upbeat synth-driven with great vocal melody features complex time signatures, with a forward motion where the song’s hook doesn’t appear until the end coda. Next comes a trio of solo compositions – Rutherford’s ballad “Alone Tonight”, Banks’ potent and profane “Cul-de-sac”, and Collin’s emotional “Please Don’t Ask”, with fine instrumental backing throughout and a forgotten gem as far as Genesis ballads go. This all leads to the climatic conclusion. “Duke’s Travels” is a long and deliberative, synth-led mainly instrumental with later vocals to deliver the final narrative of the underlying theme, with “Duke’s End” being one last frantic deluge of the main riff theme from “Behind the Lines” to encapsulate the album.

Duke was the first album by Genesis to reach the top of the UK Album charts and it has been certified Platinum on both sides of the Atlantic. With this commercial success, the band built their own dedicated studio in Chiddingfold, known as “The Farm”, where further successful projects were recorded throughout the 1980s and into the 1990s.