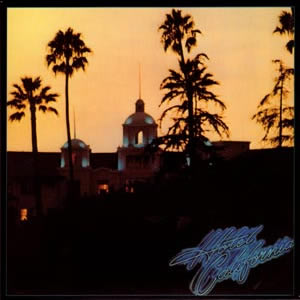 “There is no more new frontier, we have got to make it here
You call something paradise, kiss it goodbye…”