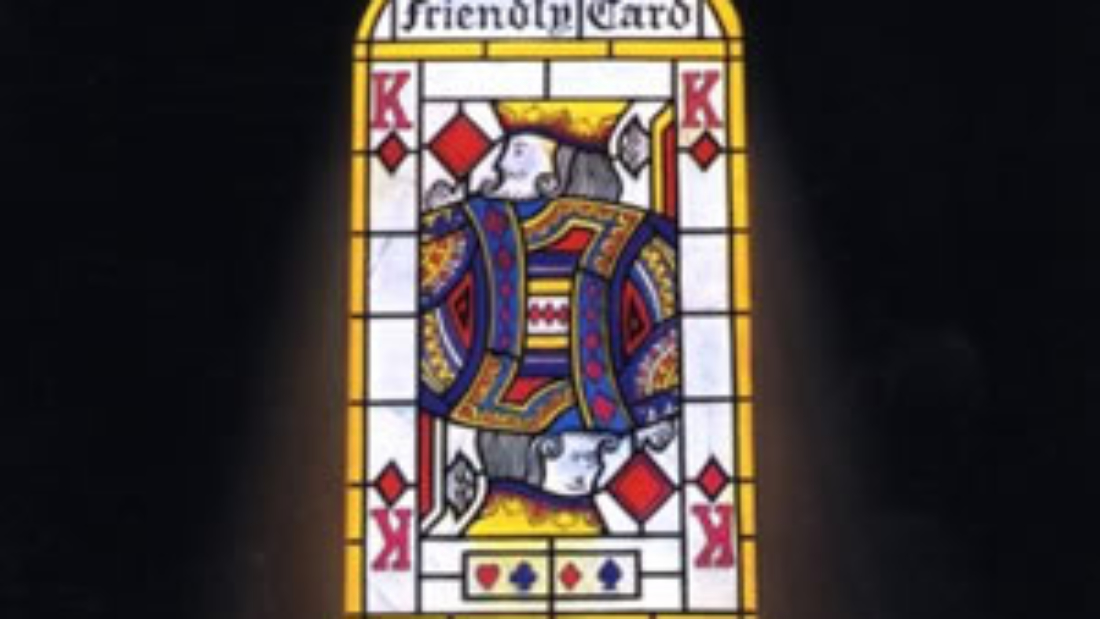 Buy Turn of a Friendly Card Alan Parsons Project produced one of their more accessible albums with, Turn of a Friendly Card, a quasi-concept record which concludes with a sixteen-minute-plus title suite. The fifth album by the progressive group, this 1980 release contains a pleasant mix of melodic soft rock with multiple elements of funk and orchestral music put together by the group’s founders and composers, audio engineer Alan Parsons and keyboardist Eric Woolfson.

Parsons and Woolfson met at Abbey Road Studios in 1974. Parsons had worked there as an assistant engineer on several Beatles’ album and recently received accolades for his work on Pink Floyd’s Dark Side of the Moon. Woolfson was working as a session pianist and signed on as Parsons’ manager, as he produced several successful albums through the mid 1970s. Eventually the duo decided to record a Woolfson composition inspired by the works of Edgar Allan Poe which became the Alan Parsons Project 1976 debut album entitled Tales of Mystery and Imagination. Now signed to Arista Records, the group released an album per year in the late seventies, with ever-growing popularity.

Turn of a Friendly Card focuses on gambling as an escape from the doldrums of middle age. The concept was sparked when Woolfson was sitting in a casino in Monte Carlo and observed the activities and sounds going on around him. He revised the album’s title from a song he had written in the 1960s, which fit well with this new concept.

The hit track “Games People Play” features Lenny Zakatek on vocals and contains a cool synth arpeggio complemented by guide piano, using some of the methods that Pete Townshend used through the seventies with The Who. The song is compelling and focused, yet melodic and catchy with philosophical lyrics that touch on stepping out during an empty nest syndrome. The interesting bridge section touches on prog rock effects, concluding with a fine guitar lead by Ian Bairnson. “May Be a Price to Pay” starts the album off with some majestic horn sounds provided by orchestral conductor Andrew Powell. The track then breaks into a moderate funk beat to introduce the verse sections which, sung by Dave Terry, introduces the quasi-dramatic theme of the album;

“Something’s wrong in this house today, while the master was riding the servents decided to play, something’s been going on, there may be a price to pay…”

The first track by the group to ever feature Woolfson on lead vocals, “Time” is one of the finest ballads by Alan Parsons Project. With Parsons adding backing vocals, this song actually features the voices of the group’s core duo and has expert arrangement. Starting with rotating piano and subtlety morphing to an acoustic-driven tune with great orchestral effects, “Time” peaked in the Top 20 in America, making it the group’s second most successful single, with deeply melancholy lyrics

Closing the first side is an interesting, multi-sectional but steady pop/rocker in the vein of Little River Band, called “I Don’t Wanna Go Home”. This track is wrapped up in a more moody, minor key piano section for the intro and outro. “The Gold Bug” is an instrumental which has a Western cowboy feel, with Parsons adding some human whistle over the duo tremolando acoustic guitars of Bairnson and David Paton during the intro. In the “song proper” of this instrumental, Parsons adds an echoed clavinet and autoharp, making this the one track where the group’s namesake performs the most musically.

“The Turn of a Friendly Card” is the extended title suite which closes the album and is split into five distinct section. The title section opens and closes the track with lead vocals by Chris Rainbow . It has a distinct English folk feel accented by Woolfson’s nice blend of piano and harpsichord. “Snake Eyes” theatrically returns to the modern era and into the casino which influenced the album’s concept as a pleasant rocker, albeit a bit tacky with the blatant casino sound effects. “The Ace of Swords” returns to the harpsichord, this time performed by Parsons, as a way to set the scene of the orchestral instrumental section where the rhythm section of bassist David Paton and drummer Stuart Elliot shine through with fine rudiments. “Nothing Left to Lose” features Woolfson’s second lead vocal and is a great acoustic ballad with a smooth chorus of backing vocals and a fine ‘button’ accordion by an unidentified Parisian session player. Lyrically, this section may be a bit too clichéd, which is its sole weak spot, but later on the track nicely transitions to a heavier rock instrumental section, making this the true highlight of the second side. “The Turn of a Friendly Card (Part Two)” concludes the album as a simple reprise of the first part of the suite with a great electric guitar lead by Bairnson and closing orchestration to finish the album on a high note.

Turn of a Friendly Card reached the Top 20 in the US, the Top 40 in the UK, and was a hit in various other countries throughout the world. The Alan Parsons Project would continue through most of the eighties with more commercial success on subsequent albums.