Buy Every Picture Tells a Story 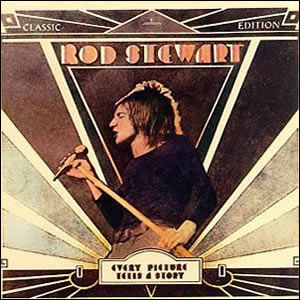 With his solo album, Every Picture Tells a Story, Faces lead singer Rod Stewart produced a unique and entertaining album, albeit strange in many ways. The album only really contained four original songs with the other six being covers, but it sounded completely original in the ways the songs were arranged and interpreted. It was done in a year when Faces would release two albums as a group, and each member of Faces contributed to this “solo” album. Guitarist Ronnie Wood and keyboardist Ian McLagan were featured prominently throughout. However, the album’s credits were very vague on some of the credits and recording information. The mandolin player who is front and center on a few tunes is referenced as; “the mandolin player in Lindisfarne” after Rod Stewart had forgotten his name (this was later revealed to be Ray Jackson of the folk-rock group Lindisfarne).

The album blends an incredible mixture of rock, folk, country, blues, and funk. Classical guitarist Martin Quittenton is front and center with his acoustic guitar through much of Every Picture Tells a Story, setting the tone for many of the other intruments and styles to blend along. While constantly alternating between originals and covers, there is a definite consistancy and flow to the album, which was once aptly described as “a romantic, earthy portrait of a young man joyously celebrating his young life”.

The album starts with the title song, “Every Picture Tells a Story”, which was written by Stewart and Ronnie Wood. A great song with excellent motion (in the music as well as the lyrics) that sets the pace for the feel of the album. Drummer Micky Waller Plays a strong and loose rhythm throughout as the song has a vibe of an improvised jam that comes together serendipitously. Theodore Anderson’s “Seems Like a Long Time” follows as a fine piano ballad with good lead guitars by Wood and nice distance effect on the vocal as the song persists.

The rest of side one works through original interpretations of standard covers. “That’s All Right”, made most famous by Elvis, contains a bluesy, slide acoustic intro to piano driven rocker. The traditional spiritual “Amazing Grace” is in the same bluesy vein and is mostly instrumental then one verse before end. Bob Dylan’s “Tomorrow Is a Long Time” is a fine song to wrap up the side with acoustic, fiddle, and interesting vocals by Stewart as he tries to adopt a “Dylan-esque” accent but comes off sounding more like Johnny Cash. 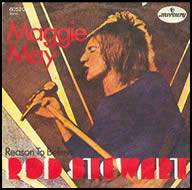 The true genius of the album lies on side two with Quittenton leading the way with a short classical intro to “Maggie May”, which would become one of the most celebrated songs in rock history. Driven nicely with a bright acoustic in the forefront and a driving bass and organ heavy in mix, the song works through the entertaining story of a young man involved with an older woman. Initially released as a B-side (but with its total length), it soon became favorites of radio stations and fans across the world. After the many verses, the song breaks down to feature the solo mandolin of Ray Jackson which leads the song through the famous coda phase.

Jackson is also featured in “Mandolin Wind”, but as a more traditional mid-song solo. This final original by Stewart is a very calm and moody acoustic ballad with a stop/start format and some excellent over-layed guitars in the vein of some recent material by the Stones, giving the song a strong and unique edge. At about 4:50, the song becomes more intense and rock-oriented with the drums kicking in and bringing the song home. 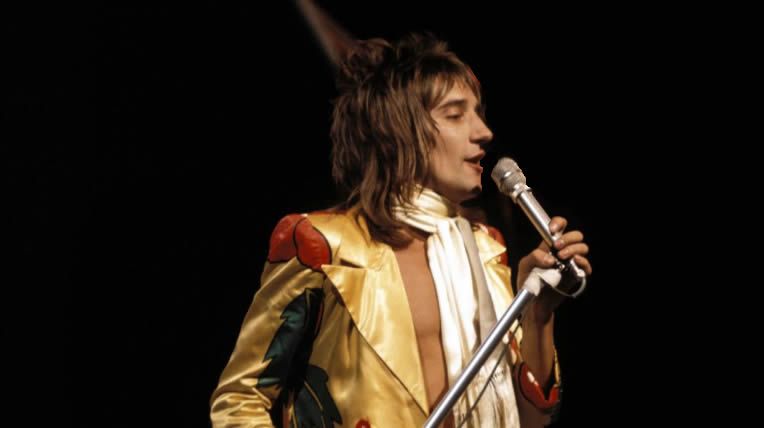 The album concludes with a couple of remakes of sixties songs. “(I Know) I’m Losing You” was first recorded by the Temptations and includes a funk rock groove unlike anything else on the album, making for a nice change of pace. “Reason To Believe” was first recorded by folk singer Tim Hardin in 1965 and became a nice ballad to finish the album as well as a pop hit. The song was re-done by Stewart later in his career but the arrangement on this album, with the fine piano, organ, and fiddle, was the best by far.

Even though it was near the very beginning of a very long solo career, Every Picture Tells a Story would go on to be universally considered as Stewart’s masterpiece. It has timeless quality that introduces pop and rock fans to the best of folk, while still offering rich arrangement and production.